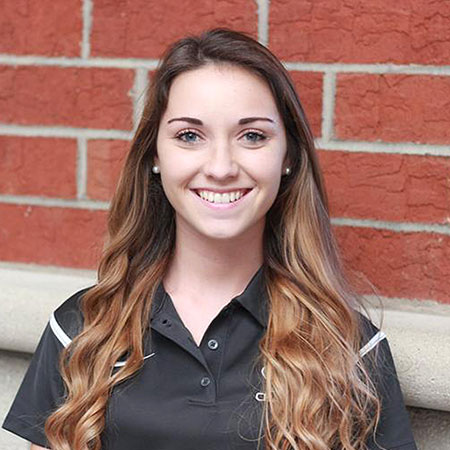 Who is Katherine Ridenhour?

Katherine Ross Ridenhour was born Katherine Ross Barber was born on 8 August 1994 in Brosville, Virginia, USA. As per her ethnicity, she is a white-American and holds an American nationality.

Ridenhour was born to father Tim Barber, and mother Kim Barber. Both of her parents are involved in politics & are entrepreneurs who own Barber Automotive Center in Brosville.

Katherine graduated with a Bachelor's degree in Family and Consumer Science from Liberty University in 2016. During her time in college, Ridenhour was the captain of her school’s cheerleading team.

According to her LinkedIn profile, she worked at the Frozen Yogurt Store Sweet Frog in Danville for 5 years which she started during her college days. Further, she also worked as a call center agent at her college. Later, she started working at the Averett University Equestrian Center as a barn staff in 2013 and worked there for a year.

Furthermore, Katherine was also involved in The ROSE Initiative as a blogger and public speaker. Notably, she started working as a family and consumer science teacher at the Cox Mill High School in August 2016. She also worked as a cheerleader over there however after two years she resigned from there.

Katherine Ridenhour earned thousands of dollars from her career as a teacher as well as she also earned a considerable amount of money from her jobs before she started teaching. Her exact net worth is still under review, but considering her career span, we can estimate her net worth to be in thousands.

Furthermore, the National Education Association reported that the average salary of a teacher is about $45,622 per year.

Is Katherine Ridenhour Married? Know Her Personal Life and Legacy

Katherine Ridenhour, aged 25 (2019) is a married woman. She tied the knot with her boyfriend-turned-husband, Tyler Ridenhour in 2015. The couple does not have any child. Currently, the couple is settled down in North Carolina. The couple first met in their college days at the Liberty University.

Ridenhour made headlines while she was working as a teacher at the Cox Mill High School. There Ridenhour had an illegal yet consensual relationship with a 17-year-old male student, for which she was arrested by the Concord Police on November 15, 2017.

As per the police,

Afterward, Ridenhour has resigned from her position as a teacher from the school after a year of contribution.