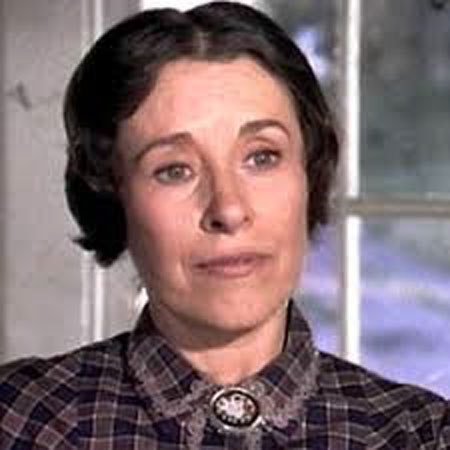 Katherine Macgregor is a former American actress, known for her portrayal of Harriet  Oleson in the American TV drama, Little House on the Prairie, starring Melissa Sue Anderson, Karen Grassle, and Matthew Labyorteaux.  Macgregor was in a special episode of Family Feud,  themed "Heroes vs. Villains".

Katherine Macgregor was born Dorlee Deane MacGregor on 12th January 1925 in Glendale, California, under the birth sign Capricorn. She belongs to a White-American ethnicity/race and holds American nationality.

Macgregor spent most of her childhood in Colorado. She went to the University of Denver, where Macgregor prepared for her future by joining the drama club.

MacGregor moved to New York City after her graduation. On Scottie MacGregor's recommendation, Katherine MacGregor found work both onstage and in movies. She appeared as an uncredited part in the 1954 American crime drama film, On the Waterfront (1954).

MacGregor honed her acting skills by studying with renowned teachers, Stella Adler and Sanford Meisner. She earned kudos for her work on the stage, which included touring productions of Who's Afraid of Virginia Woolf? and Edward Albee's A Delicate Balance.

Later, MacGregor moved to California and pursued a career in acting. She appeared in small supporting roles, playing a secretary, nurse, or teacher on TV shows, Emergency! and All in the Family.

On the verge of leaving acting, she began to work in an art gallery until MacGregor was hired for her career-defining role: Mrs. Harriet Oleson on Little House on the Prairie.

After Little House on the Prairie, MacGregor withdrew from screen productions in favor of local theater. She also dedicated herself to the Hindu religion, and taught acting to children at the Wee Hollywood Vedanta Players, before finally retiring in the early 2000s.

The former American actress, Katherine Macgregor, has appeared in several movies and television series. She has earned good money from her acting career.

However, her net worth is still not public. Macgregor’s movie, On the Waterfront, made a box office collection of $9.6 million.

Katherine Macgregor has been married twice to date. Both her marriages turned to divorces. She first married Bert Remsen, an American actor who died on 22nd April 1999. Remsen was one month junior to Macgregor. The former pair tied to the knot in 1949 and divorced a year later.

Macgregor and Martin were in a marital relationship from 1969 to October 1970.

MacGregor died on November 13, 2018, at the age of 93, at the Motion Picture & Television Country House and Hospital in Woodland Hills, California. No cause was given.

Her Death had made the whole movie industry moan. It was a huge loss to the industry to loose the star.