Kate Gosselin is an American television personality best known for appearing on the US reality television show Jon & Kate Plus 8. She and her ex-husband Jon Gosselin appeared on the show raising their family of sextuplets and twins.

Kate Gosselin was born as Katie Irene Kreider was born on March 28, 1975, in Philadelphia, Pennsylvania, the United States of America.

As for her age, she is currently 45 years old, as of 2020.  She is of American nationality and of German, Scottish, and English descent.

Her father Kenton Kreider was a pastor. Her mother's name is Charlene Kreider (née Kolak). Kate is the third of five children; she was raised with a brother, Kevin, and three sisters, Kendra, Christen and Clairissa.

Worked as a Nurse After a Diploma Program

Kate Gosselin studied at the Reading Hospital and Medical Center in Reading, Pennsylvania. She completed a diploma program from the school and then started working as registered nurse.

Kate later moved to Wyomissing, Pennsylvania. where she worked as a labor and delivery nurse.

Kate Gosselin first met her now ex-husband Jon Gosselin at a company picnic on October 5, 1997, and eventually started dating. Later on October 8, 2000, the couple tied the knot in a beautiful ceremony on June 12, 1999. 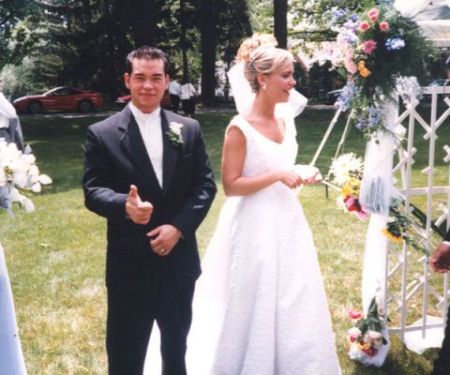 Due to polycystic ovary syndrome, Kate was unable to conceive otherwise, and therefore, she became pregnant through fertility treatment. 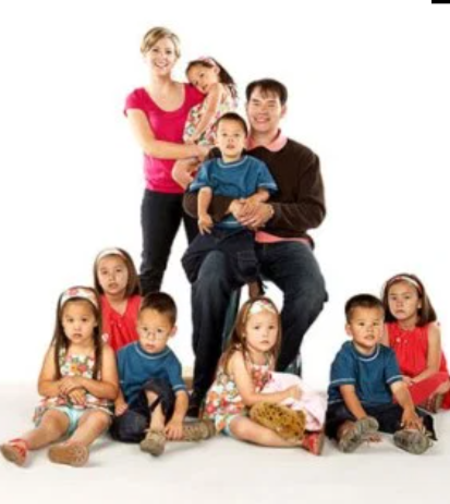 CAPTION: Kate Gosselin and Jon Gosselin with their children SOURCE: Us Weekly

The babies were born 10 weeks premature at the Penn State Hershey Medical Center in Hershey, Pennsylvania. They all were placed on ventilators at the time.

Following the birth of the sextuplets, Kate Gosselin and Jon Gosselin were featured in the NBC reality television show Home Delivery.

The family of 10 then appeared in a special entitled 'Surviving Sextuplets and Twins' on Discovery Health in September 2005.

The first two seasons of the show aired on Discovery Health Channel and then it started airing on TLC. The family appeared on the show for 10 years until July 24, 2017.

Additionally, she also appeared on season 10 of Dancing with the Stars in 2010 where her professional partner was Tony Dovolani.

Kate Gosselin and Jon Gosselin announced during an episode of "Jon & Kate Plus 8" on June 22, 2009, that they had called it quits. The pair revealed at the time that they had discussed their divorce plans with Pennsylvania attorneys.

Kate and Jon had a verbal fight on August 13, 2009, after which the police came to their family home in Wernersville, Pennsylvania. No arrests were made and no charges were filed at the time.

Sources confirmed on December 16, 2009, that their divorce was finalized. AS per the report, Judge granted Kate the ownership of the family home and primary custody of the children.

Estimated Net Worth of 200 Thousand

Kate Gosselin has earned a substantial amount of money as a reality television star. According to the Celebrity Net Worth website, the Kate Plus 8 star has an estimated net worth of $200 thousand, as of 2020.

As for her salary, Kate was making $250,000 per episode of Kate Plus 8. She reportedly got $500 thousand from her appearances on "Dancing with the Stars."

Sold The Family House at a Loss

As we mentioned earlier, following her divorce with Jon Gosselin, she was granted the family house of the pair in central Pennsylvania.