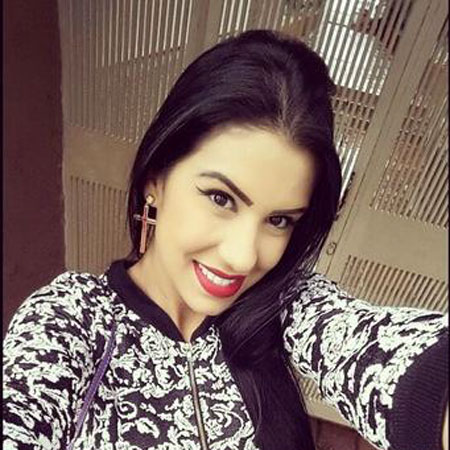 Instagram star, Karlita Chacin, was born in Venezuela, in 1989. As per her nationality, Chacin is a Venezuelan and ethnicity wise, Chacin is a South-American. She grew up in Venezuela and completed her graduation there.

Chacin is most known for her Instagram account where she has 642K followers as of November 2017. She usually posts fashion looks and beautiful pictures from her daily life. Besides, she has also a good fan base on micro-blogging site, Twitter (155K followers).

Chacin also has a self-titled YouTube channel, created on March 9, 2014, but she has posted only eight videos on her YouTube till date.

Social media icon, Karlita Chacin, 28, is yet to get married. Chacin is also not dating anyone officially at present. Chacin is very secretive when it comes to disclosing information about her boyfriend, affairs or relationships.

It was in the news that Chacin hooked up with Kelvin Escobar in 2013. She also has a daughter named Estefania Branger CH. However, Chacin has not mentioned Branger’s biological father’s name.

Chacin posted several pictures of her daughter on her Instagram account and she captioned one of her pictures,

''Today is a unique and very special wonderful day my beloved daughter's birthday EstefaniaBrangerChacin thank you for filling me the days of strength hope and love, there are no words to express the great love that unites us.''

Karlita Chacin has earned a good amount of money from her career as a social media star, however, her exact net worth has not been made public yet. Chacin spends her money in traveling, shopping, and living a luxurious life.