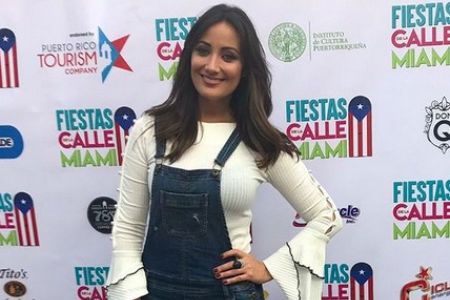 Karla Monroig started her career as a model and later on turned out to be an actor as well as a TV host. She is very famous for hosting TV shows such as Caliente, E-ritmo T.V. and Anda Pa'l Cara. In addition, she is also known for her appearance in a movie, Más allá del límite.

Karla Monroig was born on Mar 5, 1979, in Guayama, Puerto Rico to Roberto Monroig(father) and Carmen Pomales(mother). Her father is of Catalan ancestry while her mother belongs to Irish ancestry.

When Karla Monroig was 14 years old, she participated in Miss Borinquen Teenage pageant where she became the first runner up. She showed an interest in modeling since childhood and started taking modeling classes in 1996 in Refine Institution of Modeling.

Later on, she took part in Face of Image Magazine (Cara de Imagen) where she again came as the first runner up. 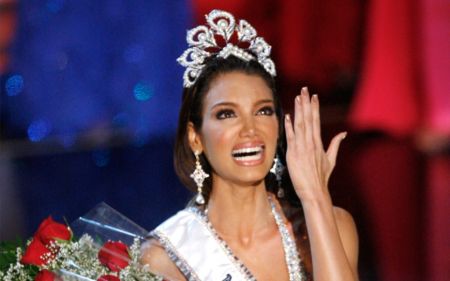 After the completion of her modeling course, she started working as a professional model and posed for several renowned magazines such as Imagen, Buena Vida, Agenda de Novias and many others.

Moreover, she has also written several articles on beauty and modeling in numerous magazines like Tiempos (Times).

Karla Monroig has also appeared in several movies and TV shows. She made her debut in the acting world with her role in Más allá del límite which was released in 2002. Following this, she acted in a number of movies such as Fuego en el alma, Hunted by Night, Kamaleón, and Going Bananas: A Twisted Love Story.

The 5 feet 5 inch-tall star is also a TV host who first hosted a television talk show, Anda Pa'l Cará which was aired in Univision, Puerto Rico in 2000. In the same year, she hosted the shows named Buscados (Most Wanted). Later on, she hosted several shows which include E-ritmo T.V. (E-rhythm T.V.), Caliente (Hot).

Being a well-known actress, model, and TV host, Karla Monroig must have earned a huge amount; however, the actual worth is missing. An average salary of an actor in Puerto Rico is $68,173 per year. So the multi-talented diva is also expected to be receiving in the same range.

Is Karla Monroig and Tommy Torres Still Together?

The 40 years old actress, Karla Monroig is a married woman. The couple shared the wedding vows on November 30, 2008, in Las Vegas with her love Tommy Torres after dating for around three years. Her husband is a famous Puerto Rican singer, songwriter, and producer.

The couple is parents to a daughter, Amanda Zoe. The family of three is living happily now. 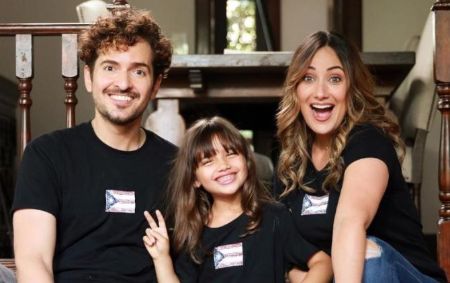 Karla Monroig and Tommy Torres with their daughter SOURCE: elnuevodia

Meanwhile, in 2018, the couple went through lots of ups and downs in their relationship. In that February, they announced their separation as well, but later in May, they reconciled and got together as a couple.

While talking about the reconciliation Karla Monroig said,

Karla also revealed that they broke up because of their differences, but now, they are back together. Following this, they were spotted celebrating their daughter's birthday together.