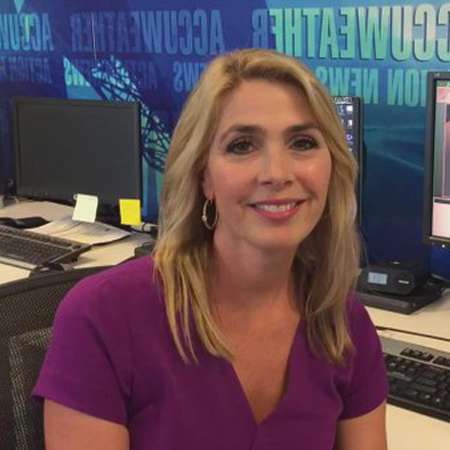 Karen Roger is the weekday traffic and weather anchor for Action News Mornings – 6abc. Karen has earned her seal of approval as a meteorologist from the American Meteorological Society. She has been working for 6abc for quite a while and has also worked as a reporter for different major events besides her project. She also has been donating to various clubs and charity programs.

Karen Rogers was born on 23 March 1970, in New Jersey, the United States of America. She was born and raised in New Jersey. Karen has nine other siblings and is the youngest of all.

Roger did her schooling at Washington Township High School and completed a bachelor's in Communication and Sociology from Rutgers University. Karen also holds a bachelor's degree in Journalism from the University of Wales, U.K.

Karen Rogers went to Rowan University to study Public Relation and Mississippi State University for having a certificate in Broadcast Meteorology.

Karen Rogers worked for the WHSP-TV in Vineland, New Jersey, and anchored in the daily news, after her graduation. Rogers joined the station in 1996 as a reporter and producer for the show AM/Philadelphia.

Karen says she grew up watching Action News and never imagined she would one day be a member of the Action news. After Karen Roger joined the AccuWeather team, she found her true pa s sion in weather forecasting.

Karen Roger also co-hosts FYI Philly which is a weekly fun-filled entertainment show that airs on 6abc. Philly on Wheels, The Philadelphia Home Show, and the Miss America Preview Special are some of the shows that she did in 6abc special projects.

Moreover, Karen has also reported for the 6abc Thanksgiving Day Parade, the 4th of July Parade, and the Philadelphia Flower Show.

Karen Rogers, besides her work, also supports young people through the 'Child Assault Preservation Program'. There, she taught students empowerment skills for reporting and preventing abuse.

Karen Rogers helps other organizations like the local Rotary Club. Karen often visits there and helps to raise money since she was a Rotary Scholar and they help her with her graduate education fee. Karen and Kevin often attend various children charity and provides present in the Christmas party.

Karen Rogers during her illustrious career in the field of media has held a number of high positions. In Dec 2018, her net worth as per some authorized sources can be believed to be over $2 million. It has also been reported that her annual salary is over $300K. She currently works at Action News Mornings as the weekday traffic and weather anchor.

Roger previously also worked for WHSP-TV where she was paid over $57 K a year.

Karen Rogers is married to Kevin Rogers. Karen and Kevin got married in the chapel at Rutgers University. They met when they were in university and married after eight years. Kevin was Karen's resident advisor, confidant, and friend.

Karen and Kevin have three children (two girls and a boy). She is living in Washington with her husband and children.

Karen is a good pianist. She has played the piano for talent competitions at the Miss NJ pageant.

1. Who is Karen Rogers' husband?

Rogers is married to Kevin Rogers who was Karen's resident advisor, confidant, and friend. The couple got married in the chapel at Rutgers University and shares three children; a son and two daughters.

2. What is Karen Rogers' net worth and salary?

As per some authorized sources, she is estimated to have a net worth of over $2 million with an annual salary of $300K. She currently works at Action News Mornings as the weekday traffic and weather anchor. Roger previously also worked for WHSP-TV where she was paid over $57k a year.

3. How old is Karen Rogers? Where is she from?

4. How tall is Karen Rogers?