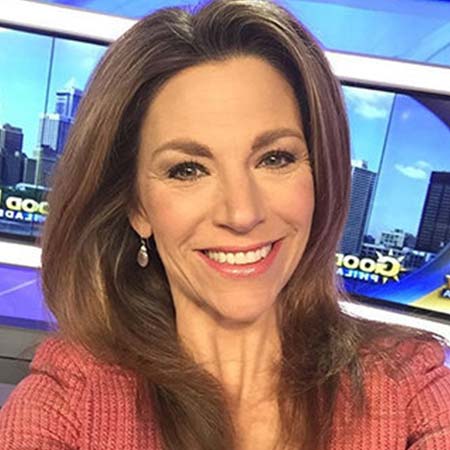 Karen Hepp is an American journalist famous for her anchoring job at the WTXF - TV Fox Philly where she has been working for the last 8 years and 7 months.

Karen Hepp was born on November 3, 1969, to her parents Lucy Hepp and Robert W. Hepp in Charlestown, Pennsylvania. The lady was born under the birth sign Scorpio. She is of American nationality and has a white ethnic background.

Regarding her university, she completed her higher studies from New York University. She graduated from there with a Bachelors Degree in Broadcast Journalism.

Career-wise, Karen Hepp started her professionalism as an anchor at the WMGV-TV in 1994. A year later, she joined the WROC-TV for 2 years as a reporter. Then, Hepp worked in WVIT, WCAU, and NBC Universal as an anchor and a reporter. She worked in all three of these for as much as 5 long years.

From NBC, Karen moved her focus towards WNBC where she worked as an anchor for around two years from 2002 to 2003 and 2004 to 2005. From 2005, she started her work as an anchor of Fox Television Stations but she left the job 4 years later in February 2009. At the moment, Karen Hepp is working at the WTXF-TV as the Good Day Philadelphia Anchor for Fox 29 Morning News. It has been eight years since she joined the WTXF team.

Regarding Karen Hepp's Net Worth, she ama s sed a total of $1.5 million as her fortune as of 2019. She earned her worth from her career in the journalism industry. An entry-level journalist earns around $37 thousand per year. However, since she is on the expert side, she earns around $55 thousand as a reporter.

The 49 years old Karen Hepp is in a marital relationship with her boyfriend turned husband Brian A. Sullivan, the director of Insurance and estate planning at the Greater Philadelphia Area. The duo walked down the aisle on June 4, 2005, at the Saint John Neuman Roman Catholic Church in Bryn Mawr, Pennsylvania.

TBT That time our wedding was featured in Brides magazine @pennmuseum

The husband and wife couple has been together for over a decade and during their togetherness, they have become parents three times. Her first child is a son, Macklin Hepp born in 2007 while their second kid is also a son, Kellen Hepp born in 2009. Karen's last child was born in 2010 and was named Quinn Hepp.