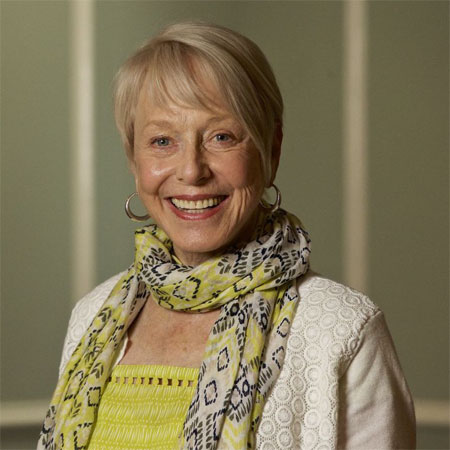 American actress, Karen Grassle is known for her portrayal of Caroline Ingalls, the mother of Melissa Gilbert, in the American western drama television series, Little House on the Prairie with Melissa Gilbert, Michael Landon and others.

Grassle was born to Gene Grassle who ran a gas station and Charlotte Quiner, a restaurant owner. She was known as the miracle child in her family because her mother had four miscarriages before her.

Grassle went to Ventura High School and joined Sophie Newcomb College and the University of California, Berkeley later. In 1965, she graduated with two BA degrees, one in Dramatic Art and another in English. She then got a scholarship from the Royal Academy of Dramatic Art in London.

Karen Grassle began her professional acting career from the theater. She then added television and movies to her career credits in the early 70s, with appearances on "Love of Life" and "Gunsmoke."

Grassle auditioned for the role of Caroline Ingalls in American western drama television series, Little House on the Prairie and won the part. The series ran for nine years, from 1974-1983.

She then portrayed Kathy, the wife of Edward Hermann in 1981 American comedy film, Harry’s War alongside Edward Hermann, Geraldine Page and others.

After the series ( LHOTP) ended, Grassle moved to Santa Fe, New Mexico and became the co-founder of Santa Fe’s resource theater Company. A year later, she again moved to the Louisville, Kentucky where she worked with the company actors at Actors Theatre.

In August of 2008, she signed as the promotional face for Premier Bathrooms, a supplier of bathing products for the elderly and infirm.

American actress, Karen Grassle has an estimated net worth of $500 thousand. She has made a good amount of money from her acting career.

IMDB has rated the television series, Little House on the Prairie  7.4 out of 10  and TV.COM has rated 8.8 out of 10. Grassle made most of her money from the series.

She has worked in many films and TV series such as Little House on the Prairie, Gunsmoke, The Love Boat, Cocaine: One Man's Seduction, Hotel, Little House: The Last Farewell, and Hotel.

Karen Grassle has married three times in her entire life, and each marriage ended in a divorce. She first married American actor, Leon Russom but they divorced in 1969.