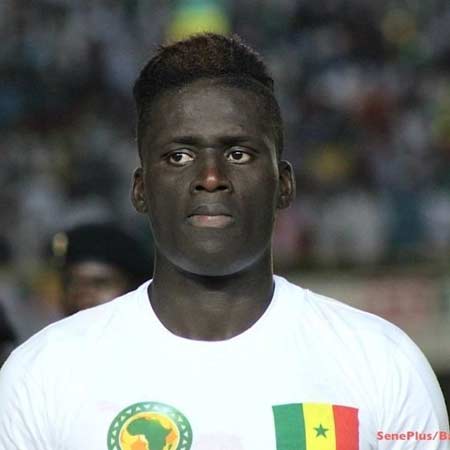 Serge Modou Kara Mbodj, well known by his fame name Kara, is a Senegalese defender currently playing for R.S.C Anderlecht. He is an all-rounder in the field and can play as a defensive midfielder, defender, or in the central midfield.

Kata Mbodji was born on November 11, 1989, in Ndiass, Senegal. At the age of fifteen, Kara Mbodji joined the Diambars academy in Dakar, Senegal. On 2nd Feb 2010, he became a part of a club based in Norway called Tromsø IL.

He played three seasons for the club in the Norwegian Premier League. During the time he also received the best player award. On 31 December 2012, he signed a contract with KRC Genk for a fee of €1.4 million. Later the contract was extended until June 2018.

Kara Mbodji was also a part of Senegal selection for the 2012 Olympic Games. He has also participated in Senegal national football team's squad for the 2015 Africa Cup of Nations. He even scored a goal in a 1-1 draw against South Africa in the team's second group match.

Mbodji has not played football since he injured his knees in December 2017. He has undergone treatment but it is yet to show effects. There still doubt of him representing his country in the World Cup 2018.

Kara Mbodji earns a decent amount of money from his successful career as a football player. Till date, he has signed with few clubs but has earned very well, as his current market value is $8.5 million.

Kara Mbodji seems to be single. He has not been spotted with anyone on dates neither talked about his love affairs.

As of 2018, his net worth is estimated to be more than $5 million, however, the exact amount is not public.