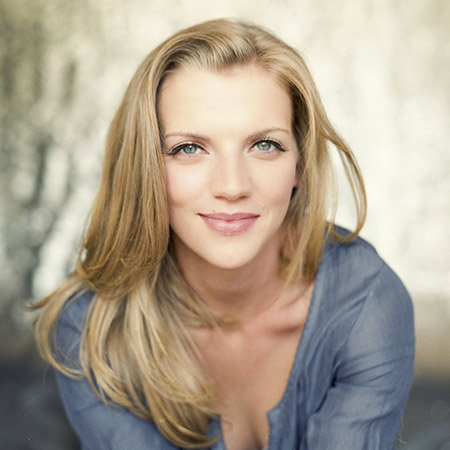 American actress, Kara Killmer is famous for appearing on the NBC shows Chicago Fire, Chicago P.D. and Chicago Med. She is also best known for her work in the short-lived web series If I Can Dream.

Kara Killmer was born on 14 June 1988 and was raised in Crowley, Texas. She is of American nationality and belongs to North American.

She was raised as a younger kid among her one sister and one brother by her single mother who was a music teacher at an elementary school. During her childhoodays, she has her siblings acted in several local theatre productions. Since then she develops her passion for acting and her mother also used to support her fully.

Do you have your tix yet?! #ChicagoWatch2017 is just around the corner! @luminaryprod for details.

Kara went to Baylor University in Waco and graduated in 2010 with a B.F.A in performing arts. She was the captain of her high school drill team and was very popular among the students. She also starred in Baylor University's stage production of Eurydice in the year 2008.

Kara Killmer started her acting career in 2010 when she appeared in the Hulu reality television web series. If I Can Dream.  In the year 2014, she was cast as Athena True in the NBC science fiction crime thriller pilot Tin Man.

In 2014, Kara Killmer featured as Sylvie Brett in the NBC drama Chicago Fire. She played the role of a paramedic replacing Leslie Shayin the third season premiere titled Always. The series was aired on 23 September 2014. A year later, she played her first feature film Revolutionary War action-adventure thriller Beyond the Mask along with John Rhys-Davies and Andrew Cheney which released on April 6, 2015. Apart from the movies, she also performed at an event for the Pepsi Refresh Project to support the creation garden, in Los Angeles, in 2010.

Some of the famous movies of the actress are Prank, Scary Tales, Jane by Design, Rosa the Imposer, Horizon, Chicago Fire,  and Chicago Med.

Kara Killmer's Net Worth and Salary

Kara Killmer has a net worth in a six-digit number however the actual figure is unknown. An average salary of an actor is around $50,529 per year, so he also might be earning her salary in the same range.

The 31 years old, Kara Killmer is married to actor, Andrew Cheney. The couple who worked together in the movie Beyond the mask dated each other for a year before getting married.