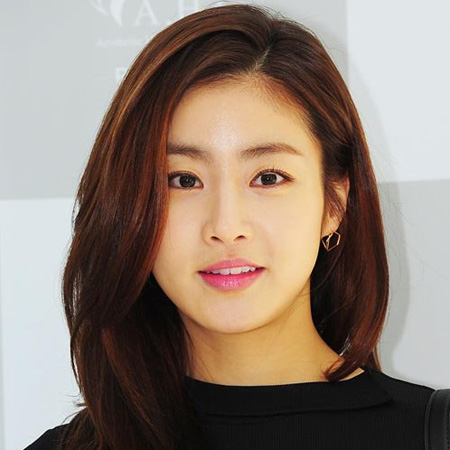 Kang So Ra is a South Korean actress most known for her role in the movie, Sunny. She has also played a significant role in several south Korean films including  Ugly Alert, Dream High 2 and Doctor Stranger. She was awarded Buil Film Award 2011 and SBS Drama Award 2013 with her performances.

The proficient actress was born on 18 February 1990 in Seoul, South Korea. She holds Korean nationality and belongs to Asian ethnicity.

Kang made her acting debut with a horror movie entitled 4th Period Mystery in 2009. She came into the limelight just after playing a part of the blockbuster movie, Sunny, which is related to the high school girls group.

Additionally, Kang featured in high school dramas including Ugly Alert, Dream High 2. She also appeared on the third season of a reality show; We Got Married, where the celebrities are paired up into a fake married.

Kang earned a huge reputation after she featured in the famous medical drama series, Doctor Stranger. The drama was a success in China with more than 400 million views. Further, she starred in the lead role of the romantic comedy series, Warm and Cozy along with Yoo Yeon-Seok and a legal drama My Lawyer, Mr.Jo. In the year 2017, she was cast in the cycling movie, Uhm Bok-dong. She is currently into the character of her upcoming romantic comedy drama, Revolutionary Love along with Choi Si-won which is set to be aired on the tvN.

The talented actress was in a relationship with an actor, Hyun Bin from 2016. It has been a year the couple was last seen together, and there are no rumors about their breakups and separation. The couple is dating each other and seems to be happy together.

As Kang was interested in acting from her early age, she loves photography a lot. She is pretty uptight in sharing her personal details to the outer world including medias and publics.

Kang is living a luxurious life. She earns a good amount of salary as she has featured in numerous series and movies. Her net worth is reported to be around $2.7 million.