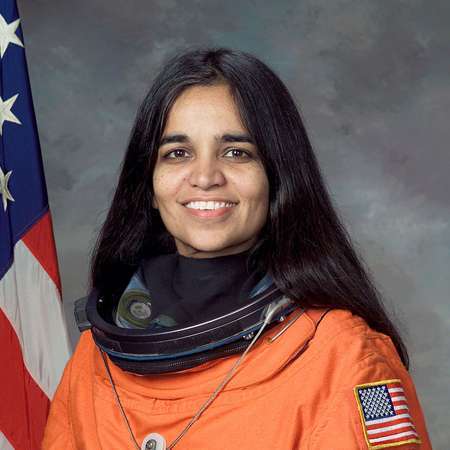 Kalpana Chawla was born on 17th March 1962 in Karnal, India. Kalpana had a very supportive family. She had a strong determination to become an astronaut. Kalpana was always supported by her family who got her well educated. She direly wished to work for NASA. Kalpana went on to fulfill her dream of going to the outer space as an astronaut. She had a wonderful career.

Kalpana received her high school education back in India. She graduated from Punjab Engineering College. But she knew that in order to fulfill her dream she had to get her further education from abroad. Thus, she moved to the United States in 1982. She went on to obtain a Master of Science degree in aerospace engineering from the University of Texas at Arlington in 1984. Chawla was not done honing herself so she went on to earn a second Masters in 1986 and "PhD" in aerospace engineering in 1988 from the University of Colorado at Boulder. Kalpana then began working at the NASA Ames Research Center in 1988. In 1993, Chawla further joined Overset Methods, Inc. as Vice President and Research Scientist specializing in simulation of moving multiple body problems. She was then selected for her second flight in 2000 as a part of STS-107 crew. There were frequent delays in their flight. There were technical problems as well as cracks in the shuttle engine. On 16th January 2003, she went on to return to space abroad Space Shuttle Columbia as flight engineer, STS-107 mission.

One day after Chawla arrived in the USA to attend the University of Texas at Arlington, she met Jean-Pierre Harrison on 2 September 1982. Kalpana and Harrison began dating. They then decided to get married in 1983. Chawla was supported by her parents at this decision. They had an Indian as well as American marriage. They were a lovely couple. Spouse, Harrison always supported Chawla at all her endeavors. They never had a dispute, rumors, extra marital affair or divorce. They did not have any children. Jean, with a heavy heart had to bid goodbye to his beloved, Chawla.  Jean-Pierre Harrison remarried a few years after the Columbia disaster. He has a young son and runs a publishing company in Los Gatos, California. He frequently writes and talks about Chawla. He recently visited Chawla’s birth place, Karnal in India.

Chawla was 40 years old when she met her ill fate. On 1st February 2003, when the space shuttle entered the earth’s atmosphere, it disintegrated over Texas. All the seven crew members died. On Chawla’s second mission, \there was a crack on the beginning. Chawla has had many honors after her death which includes, Asteroid 51826 Kalpanachawla, MetSat-1 being renamed as Kalpana-1, Kalpana Chawla Award, Kalpana Chawla Outstanding Recent Alumni Award and more. Her net worth and salary has not been estimated. Her bio can be found on various social media sites.