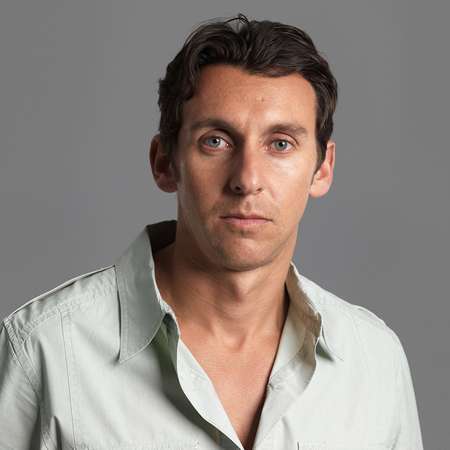 Kaj Larsen is an American journalist currently working for Vice News. He was born Santa Cruz, California. He is known for traveling around the world and bring news from all over, especially in areas of war and conflict like Syria, Libya, Africa, etc. He is an Emmy-nominated producer and correspondent for war. He has also spent five years on active duty serving as a US Navy SEAL. He currently resides in New York City, New York.

Kaj Larsen went to Harvard University Kennedy School of Government in 2005 and got a Master’s degree in Public Policy Analysis in 2007. From June 2005 to June 2010, he worked as a producer for CurrentTV. In 2010, he worked as a Correspondent for CNN but left the job in 2012. In 2013, he became the CEO of Mandate Productions. On March 2014, he joined VICE Media, Inc in Los Angeles as a Bureau Chief. He is a correspondent and producer of VICE news, telling under-reported and edgy stories for Vice News.

For his work in Vice, Kaj has been nominated an Emmy. His work focuses on conflict zones and national security. He has reported from war zones all over the world. His works have taken him to various conflict areas and war zones such as Liberia, Burma, Afghanistan, and Colombia. While embedded with the military fighting Boko Haram, Larsen was the only journalist on the frontlines in northern Nigeria.

He produced a groundbreaking exclusive interview with the architect of the CIA's enhanced interrogation program. The interview is a part of a five-part VICE news interview series on the CIA’s role in the war on terror. Before joining VICE, he was a correspondent for CNN as a member of its Special Investigations and Documentary unit.

He was the first journalist to be water-boarded on national TV, and the first Western video journalist in Mogadishu in more than a decade.

Personal information of Kaj Larsen is almost non-existent in the media. He talks about his family and life neither in interviews nor in social media. Information related to his birth, parents, girlfriend, affairs, marriage, children, residence, siblings, net worth, married life, etc haven’t been publicized yet. Thus, a trusty source for this information is almost impossible to find.

His confidence in traveling to conflict areas and reporting the events right under the nose of danger comes from his five years of involvement in the US Navy SEALS starting 2001. He has had extensive CQC (Close Quarters Combat) training as well as sniping training, as SEALS in a SEAL platoon have to go to sniper school.

His transition from a SEAL to a Journalist was an accidental one, when he was sent to Afghanistan, he discovered his talents for telling stories out of events that are happening and overcoming his fears when sneaking into areas filled with Taliban and Al Qaeda.