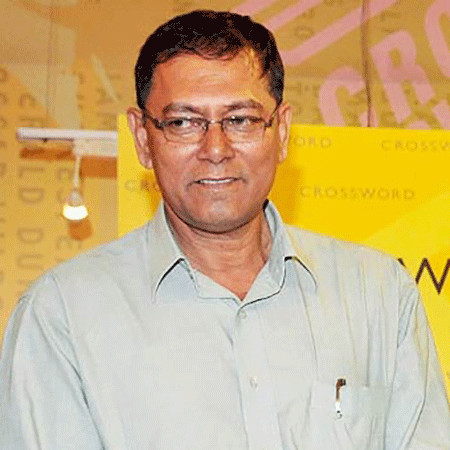 Jyotirmoy Dey popularly known as J Dey and Commander J was an expert Indian journalist. He was a crime and investigations editor for MiD Day, an Indian tabloid newspaper. He was an expert on the Mumbai underworld. J Dey is considered as one of the leading journalists in India. J Dey was shot dead on June 11 allegedly at the behest of gangster Chhota Rajan.

Jyotirmoy Dey was born on 1955 in Mumbai. Since his young age, Jyotirmoy was interested in writing. As a wildlife enthusiast, he first started writing on forest encroachment and man-animal conflict in Borivali National Park which created a furor in the state legislature. J Dey stepped into journalism as a freelancer with Afternoon Dispatch and Courier writing about the crime in wildlife areas. He also is a photojournalist. Later he freelanced for Mid Day prior to becoming full-time in Mid Day.

In 1996, Jyotirmoy Dey joined the team of Indian Express and switched to cover crime stories. J Dey was interested in the underworld crimes, therefore, he had much knowledge about underworld in Indian journalism. In 2005, he joined at Hindustan Times later joining Mid-Day.

Jyotirmoy Dey wrote two books on underworld activities titled “Zero Dial: The Dangerous World of Informers and Khallas. J Dey is respected in Indian journalism for his courage to dig out the underworld information and investigation on crimes. Jyotirmoy Dey earned a very handsome salary and had a satisfactory net worth.

Being a crime investigator, Jyotirmoy Dey was always in the eyes of the criminals. J Dey lived a simple life. It was his interest to know the facts that made him popular and on the eye of the criminals. Therefore, leaking the personal information for J Dey was very harmful to which media also supported. Hence, there is not much information available on him. His wife is Subha Sharma who is also a journalist. Having been in the same profession, both the couple supported and encouraged each other.

Jyotirmoy Dey was shot dead by four unidentified motorcycle-borne gunmen in Hiranandani Gardens, Powai, Mumbai. He was going back to his home after meeting his mother in Ghatkopar on his motorcycle. He died on arrival at Hiranandani hospital with nine exit wounds on his body.

The murder was believed to be done by professionals and was suspected to be due to his reports on the oil mafia. Jyotirmoy Dey wrote reports on Chhota Rajan, one of the underworld mafias, that displeased him resulting in his death.

Jyotirmoy Dey’s murder was denounced by the press and the local government. His murder investigation was handed over to Crime Branch Department of Mumbai Police. After 16 days of investigation, Mumbai Police declared of cracking the case. The police caught seven suspects Rohit Thagappan Joseph alias Satish Kalia, Arun Dake, Anil Waghmode, Bablu, Sachin Gaikwad, Mangesh Agawane and Chotu. The Police Commissioner of the Crime Branch stated that Chhota Rajan approached Satish Kalia for the shootout and Satish Kalia organized the team for the purpose.

Again on February 2012, the Mumbai Crime Branch charged journalist Jigna Vora for supplying Jyotirmoy Dey’s motorcycle number to gangster Chhota Rajan. She was under the police’s radar since 4 July 2011 after the police intercepted a conversation between Manoj, brother of Vinod Asrani who was arrested along gangster Chhota Rajan. It was clear to the police that Jigna Vora and J Dey had a professional rivalry.