Justene Jaro is a Philippine-born American model and actress. A former Penthouse Magazine Pet of the Month for the October 2008 issue, Jaro had an appearance in the 2015 action-thriller movie AWOL-72.

Justene Jaro was born as Justene Ashley Costelo Jaro on November 17, 1983, in Tacloban, Leyte, Philippines. She is half-Filipino and half Puerto Rican. As of October 2020, Justene is 36 years old and according to her billed height, she stands at 5 feet 5 inches (1.65 meters). 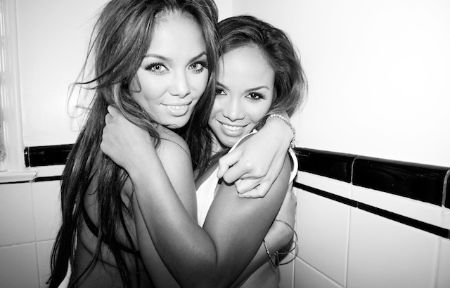 Justene Jaro has a sister named Dawn Jaro, who, like her sister, is also a model and the two have modeled together on a couple of spreads.

Jaro's family moved to the States when she was still a child and her family settled in Atlanta, Georgia, where she grew up.

Justene Jaro stumbled into modeling purely by luck. A talent scout was searching for a cover star when he stumbled onto Jaro and asked her if she was interested. She reported back in the affirmative and thus, her modeling career began. The magazine turned out to be the racing and automobile magazine DSPORT -- and Jaro became the cover star.

Following that, Jaro readily found modeling gigs in similar magazines like Lowrider and Modified. She transitioned to shooting for glamor magazines and has appeared on issues of Playboy and Penthouse magazines.

A career highlight was when she was named the Penthouse Magazine Pet of the Month for the October 2008 issue. 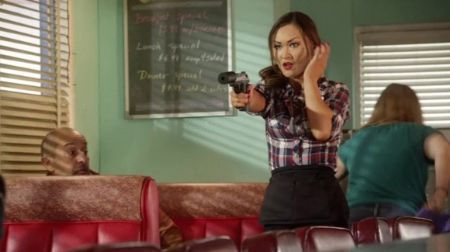 At the time of this writing, Jaro only has one movie appearance credit to her name. She had a minor role in the 2015 action-thriller AWOL-72 starring Luke Goss and Heather Roop, among others.

Justene Jaro has also ventured into the realms of softcore adult videos and has a subscription-based website that features candids photos and videos.

In addition, Jaro also starred in the music video for rapper Mike-Dash-E's 2011 track, "Get Up On It".

While the 36-year-old's career has winded down in recent years, Jaro still manages to stay relevant and is a recognized face in the modeling industry. She is on Instagram where she has ama s sed a dedicated following of over 200 thousand followers.

Estimated to Have a Net Worth of $200 Thousand

Although details about her net worth are yet to be determined, Justene Jaro is believed to have a net worth of somewhere around $0.2 million. Her wealth is attributed to her modeling career. Jaro has graced the covers of numerous magazines including automobile magazines like DSPORT, Lowrider, and Modified, and glamor magazines like Playboy and Penthouse.