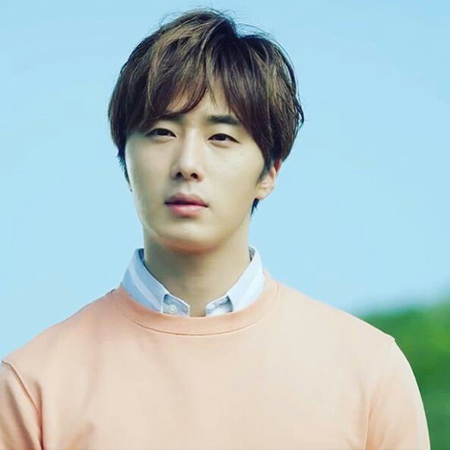 South Korean actor, Jung Il-woo is best known for his roles in drama series and movies including Unstoppable High Kick, The Return of Iljimae, Flower Boy Ramyun Shop, My love, The Rise of a Tomboy and many others.

Il-woo is born to Shim Youn-ok and Jung Hae-hoon. His mother was a professor at Korean National University and father, a television news anchor. Il-woo also has a sister, Jung Hana.

Il-woo attended the ‘Seoul Institute of the Arts’. Since his childhood days, he was keenly interested in acting and later joined the Theatre and Film Department of ‘Hanyag University’.

Jung Il-woo made his acting debut with a minor role in the thriller "The World of Silence". After appeared in South Korean situation comedy, ‘Unstoppable High Kick’, he became an overnight star in South Korea.

In 2007, Il-woo was cast as Ji-woo in South Korean film, ‘My Love’. The same year, he featured in music videos, ‘This is Me’ and ‘Goodbye Sadness’.

In 2011, he portrayed a character in the South Korean TV series, ’49 Days’ of a Grim Reaper, which earned him a huge popularity.

Il-woo also played the role of arrogant man in romantic comedy, ‘Flower Boy Ramyun Shop’ and earned him a lot of female fan following.  She then appeared in a South Korean sitcom, High Kick: Revenge of the Short Legged along with Lee Juck, Ahn Nae-sang, Yoon Yoo-sun and few others.

In 2012, Il-woo performance in the historical drama, ‘Moon Embracing the Sun’, as Prince Yang-Myung who turns against his own brother for the throne.

From 2013 to 2016, Il-woo featured in a number of television series including, The Queen of Office, Golden Rainbow, The Night Watchman's Journal, High-End Crush, Cinderella with Four Knights and few others.

Il-woo’s role in Chinese-Korean web series, ‘High-End Crush’, received a huge popularly and grabbed 200 million views on the internet, from his crazy fans.

In 2017, Il-woo’s performances in the Thailand drama ‘Gon Rak Game Ma Ya’ aka ‘Love and Lies’ earned him superstardom to another level. He became quite popular in Thailand and became the first ever Korean actor who stars in a Thailand drama series.

Il-woo is coming with two drama series, Beautiful Woman, and The Girl’s in 2018, but the release date is not set yet.

Il-woo is currently single, but he is often linked with several actresses. In an interview, Il-woo revealed that he was in a relationship with the South Korean singer, actress, as well as a host, Sandara Park.

They first met on the sets of the television series, Return of Iljimae. After few dates, they fall in love and stayed in a relationship from 2010 to 2016.

Some online sources wrote in their article about his relationship with the South Korean actress as well as a model, Jin-Kyung, in October 2013, however, in November, Il-woo said:

The sudden, one-way breakup notice after the marriage proposal, You have hurt me & my family, and you are so rude.

Il-woo had an affair with a South Korean actress, Lee Chung ah, for two years. She is known for her roles the movies, Temptation of Wolves, My Tutor Friend 2, and television series, Flower Boy Ramen Shop.

Their affair came to the public after they shared their photo on social media. But later the duo broke off because of their busy career.

Il-woo was also linked with Kim Yoo-mi, a South Korean actress who won KBS Drama Awards for Best New Actress in Man of the Sun and Lee Je-ma.

Some online tabloids said that Il-woo and Park Shin-Hye, actress and were in a relationship. As per the sources, they dated for seven months before splitting their ways.

However, they didn’t disclose about their relationship in public. But they were spotted together in several places.

Il-woo wanted to join the military service during fall 2016 but due to his mental condition, the way didn’t appear to be easy for him. He was diagnosed with a cerebral aneurysm, a serious mental condition, however, he continued to take military training and will be completing his training by the end of 2018.

Il-woo was honored with MBC Entertainment Awards for ‘Best Newcomer’ category. He was also nominated for ‘Best New Actor’ at the ‘44th Baeksang Arts Awards’ for his appearance in the Korean film, ‘My Love’.  In 2009, II-woo was nominated in the best actor category for ‘My Fair Lady’.

In 2011, Il-woo became an ambassador of ‘12th Jeonju International Film Festival’ and ‘Canadian Tourism Commission’. The next year, he became the ‘Korean Representative’ at the ‘4th Japan-Korea Friendship Festival’.

Il-woo won ‘Male Actor Award’ at iQiyi Awards in 2013. He also nomination for ‘Golden Rainbow’ at MBC Drama Awards for ‘Excellent Actor in a Miniseries’.

In 2014, Il-woo was awarded ‘Forever Young Icon Male Star’ at the ‘Cosmo Beauty Awards’. He won ‘Top Excellence Award’ for ‘The Night Watchman’s Journal’. Il-woo was also awarded ‘The Most Celebrated Award’ at the ‘Asian Influence Eastern Awards’ in 2015.

Jung Il-woo earns a good amount of money from his acting career, endorsement as well as advertisements. His estimated net worth is around $50 million.

Il-woo was cast in many hit movies including, My Love, The Rise of a Tomboy and The Discloser. The movie, My Love, collected a tremendous amount of money at the box office around $6.7 million.