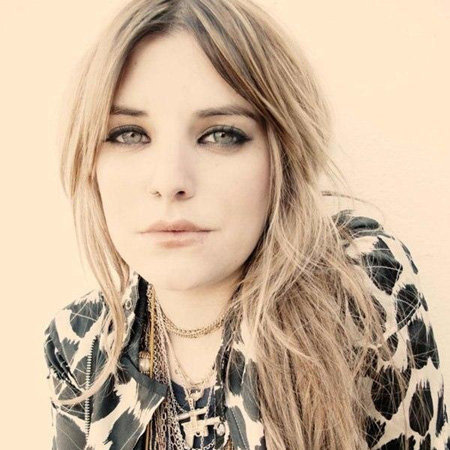 She is one of the most talked about singer and songwriter and her amazing music has won millions of hearts all over the world. She is very beautiful and very talented. She is none other than Juliet Simms.

Juliet Nicole Biersack is an American rock singer, songwriter, poet, composer, musician, producer, and entrepreneur who established a fan base as the frontwoman of the band Automatic Loveletter.

She was born in the year 1986 on the 26th of February. At this early age she has already earned so much fame and a bright future lies ahead of her. She will definitely become one of the very best if she remains focused.

She was born in a place called San Francisco which lies in California of the United States of America. She belongs to the ethnicity white and nationality American. If she remains true to her music she will have her name carved in the history books but there is a long way to achieve that and it is up to her.

She showed the signs of becoming a rock star at a very early age as she started playing musical instruments and writing songs from a very early age of 14. She took part in one of the best reality talent show related to music called The Voice and she was very close to victory.

She came second in the competition and this show carved a path of her to become a successful singer. She was a part of a band called Automatic Loveletter from the year 2003 to the year 2012. She has many songs to her name which has done great and has become chartbusters.

In the year 2011, her song called Never Take It Off did very well. Other songs to her credits are Hush, Wild Child, Heart Song, Fix You and Story of My Life.

Juliet Simms' Net Worth And Salary

Juliet Simms' net worth is expected to be more than $1 million at present. She has earned a decent amount of salary from her successful musical career.

As a frontman of the band Automatic Loveletter, she has released many albums and EPs in her career. The group released their debut album, Truth or Dare on June 22, 2010.  They released their second album The Kids Will Take Their Monsters On.

As a solo artist, She released an entirely acoustic album through Paper + Plastick Records. After summer 2011 and working the circuit entirely solo for the first time Simms transitioned her branding and has since produced her content as a solo artist.

She was a contestant on the 2012 season of the television show The Voice. She sang Lynyrd Skynyrd's "Free Bird" and placed second behind Jermaine Paul.

According to some sources, she is currently dating her boyfriend Andy Biersack and their alleged affair has been one of the hottest topics of the town. The couple is going very strong with their relationship and it is unlikely to break. She is not married right now but in near future, she might have plans to get settled with her loved one.

Interested readers can read more about her and her interesting biography from wiki sites like Wikipedia and IMDb. She has been very successful in her career and it has given her great earnings as well. She has a net worth of thousands dollar and this speaks her success story.

She is a superstar in social networking sites like Twitter and Facebook. She also uploads her pictures on Instagram to share them with her fans and loved ones. She has a total of 245 thousand followers on Twitter and this proves her fame in the site. She has already tweeted in Twitter more than 18.5 thousand times and this proves how involved she has been in the site.