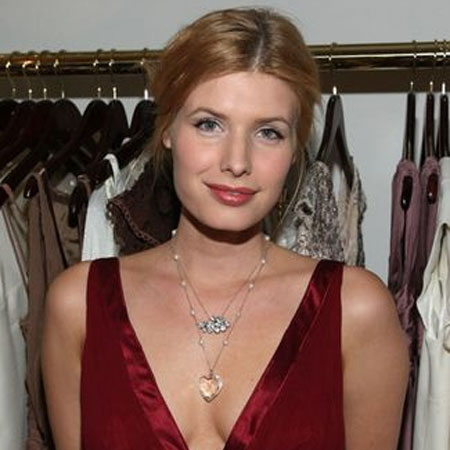 Winner of best Canadian Screen Award, Jud Taylor is a Canadian television and film actress. She is well known for her recurring role as Samantha Hyde on That '70s Show. Judy is also known for portraying Brenda in seventeen episodes of Edgemont and as Tory in nine episodes of Good God.

Jud Tylor was born Judy Taylor in Vancouver, British Columbia, Canada. She was born on 1979, March 24. Jud was raised up in Vancouver.  She belongs to white ethnicity and holds a Canadian nationality.

Jud used to perform plays in front of her parents when she was a child and grew this pa s sion as her career. She even did modeling when she was at school.

The superb actress and model, Jud started off her career in the industry from the late 1990s. She began her screen acting career with guest spots on Viper, Seven Days and The Fearing Mind.

In the year 2000, Jud made her acting debut with the comedy movie My 5 Wives as a Stephanie. The movie was directed by Sidney J. Furie and starring Rodney Dangerfield,  Brady Williams, Nonie Williams, Paulie Williams, and many others.

Later, she appeared in various movies such as Suddenly Naked, Charlie Wilson;s War, Crystal Freshman Orientation and much more.

Jud has also played in numerous television series as well.  In 2001, she debuted on television with the series The Outer Limits. After that, Jud appeared in several series like Perception, The Mentalist, Two and a Half Men,  Defending Santa, That 70’s show and much more.

In 2003, Jud also won critical acclaim for her portrayal of Suzanne Somers in "Behind the Camera: The Unauthorized Story of 'Three's Company."

Jude Tylor has appeared in several hit movies. She has earned huge net worth from her acting career, however, the exact figure is yet to be known. Her best grossing movie, Charlie Wilson's War collected $119 million where she appeared alongside Tom Hanks.

The That 70’s show actress, Jud Tylor, has managed to keep her personal life very low. The 37 years old actress is not married yet and has no husband. Jud also does not have any past affair history or having any boyfriend.

Tylor unveiled in an interview that she is a vegetarian. She further told that she took this decision when she was just eight or nine years old. She is also against the unnecessary killing of animals which is also the primary reason for becoming a vegetarian.

Jude Tylor is an animal lover and has adopted a dog as a pet. She even refers to herself as a loving dog-mom. Judy is also currently working with a non-profit organization, Love Those Paws Rescue to reduce the homeless animals in Los Angeles.