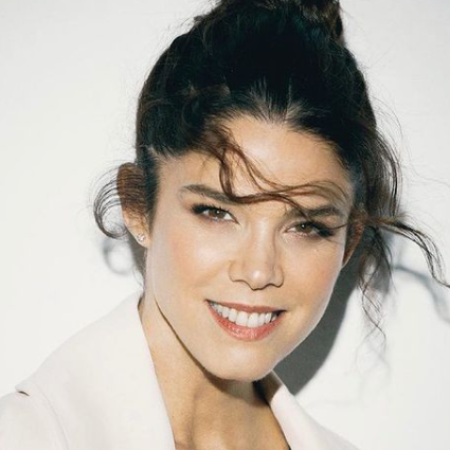 Juana Acosta is a Colombia-Spanish actress well known for appearing in TV series such as Carlos, Hospital Central, and The Vineyard. Likewise, she has notable roles in films, including Anna, Perfect Strangers, and Imprisoned. As of now, the actress appears in Netflix's The Innocent.

Juana Acosta was born Juana Acosta Restrepo on November 28, 1976, in  Cali, Colombia. Her mother's name is Marta Lucia Restrepo. She has an older sister, Valentina Acosta, who is a also TV actress.

Talking about her education, she attended the University of the Andes. As of writing this article, she is 44 years old. Similarly, her height is 5 feet 8 inches (172.7 meters). She holds dual nationalities of Colombian-Spanish.

She acted as Amie de Carlos in the television miniseries Carlos in 2010. Her other TV series and films are Crematorium, Tony's Revenge, and The Snitch Cartel. 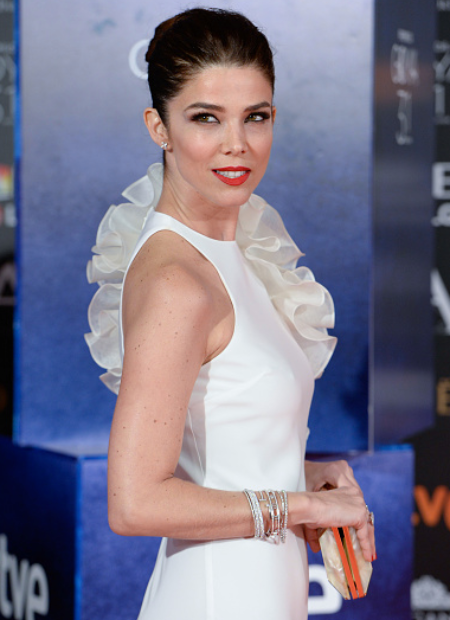 In 2013, she was cast as Malena Oquendo in the television series Familia. She was seen as Julia in the miniseries The Last Panthers in 2015.

The same year, she starred in the feature film Anna. She joined th cast of the television series Velvet as Sara from 2014 until 2015.

Acosta appeared as Annie Hoste in the television series Caïn in 2017. That same year, she was featured as Ana in the film Perfect Strangers.

Some of her other notable films and TV series include Imprisoned, Wave of Crimes, Giants, The Vineyard, and Vernon Subutex.

As of now, the actress stars as María Luján / Emma in Netflix's The Innocent alongside Mario Casas, Xavi Sáez, and more.

Hospital Central star was previously married to Argentine-Spanish actor Ernesto Alterio. The couple tied the knot in 2003 in an intimate wedding ceremony.

They welcomed their first and only baby girl, Lola Alterio, on April 21, 2006. However, after fifteen years of togetherness, they divorced in 2018.

There are no reports on Acosta's current relationship status.

Net Worth Is In Million - Social Media Earnings

The 44-year-old actress has earned an estimated net worth of $1.5 million as of June 2021. The main source of her income is her successful acting career.

She has worked in various movies and TV series like Anna, Perfect Strangers, Imprisoned, Carlos, Hospital Central, and The Vineyard.

As per the influencer marketing hub, the actress gains $1,341 to $2,235 per sponsored post from her official Instagram @juana_acosta, which has over 450 thousand followers.