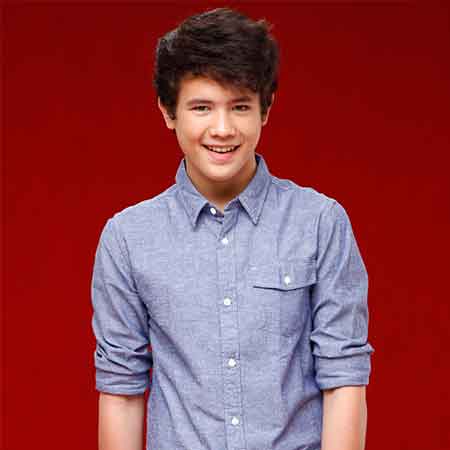 Filipino singer-songwriter, Juan Karlos Labajo is professionally known as Juan Karlo, co-managed by ABS-CBN's Star Magic and MCA Music Inc. (Philippines). He is also a guitarist, TV personality, and occasional actor. Basically, he is the man of all seasons. Labajo rose to fame after participating in The Voice Kids where he came in third place. As of 2018, he is portraying the role of  Lucas Noble in the Philippine romantic family drama, A Love to Last.

Juan Karlos Labajo was born on February 5, 2001, in  Consolacion, Cebu, the Philippines to Maylinda Labajo. He was too young when his father left his mother, so he was raised by the latter only but unfortunately, he lost his mother also in November 2013 when he was just 12. As of now, he lives with his uncle Jovanni and Grandmother Linda in Metro Manila.

Juan Karlos rose to fame after participating in ABS-CBN's reality singing competition, The Voice Kids season 1, he sang Adam Sandler's song, "Grow Old With You" in the bilnd audition. The popularity of the show helped him to gain public attention as a result, he finished the show in third place. After the show, he became a part of Star Magic, ABS-CBN's training and management center.

In August 2015, Juan Karlos released his debut album, JK including 8 songs, he also dedicated one song to his late mother. He was the  MYX Celebrity VJ for the month of October. After a year, he participated in the Filipino reality music competition show, We Love OPM and evicted along with Nonong, Elisse, Ya s si, and Hideo on Day 23.

Labajo served a second time as the MYX Celebrity VJ for the month of January 2017. He also appeared in ABS-CBN's A Love to Last. He debuted in the film in February in Tatlong Bibe.

Juan Karlos Labajo is a popular Filipino singer and actor, he rose to fame after finishing third place in The Voice Kids. Since then he has appeared in many other projects and considering that we can a s sume he has acc u mulated an impressive net worth. As per some online sources, his estimated net worth is $0.9 million.

Juan Karlos Labajo is quite ambitious and hardworking, he has achieved a ma s sive popularity in short span of his career. He started his career as a child artist but as of now, he has successfully established himself as a popular Filipino singer and actor. Talking about his relationship status, he is possibly single at the moment. It seems he is very much focused on his career and does not have time for a girlfriend.

Labajo lost his mother at the age of 12 but he has often mentioned in his interviews, his mother played a vital role in his career. He is a huge fan of Daniel Day-Lewis, Joel Torre and jazz artists  Django Reinhardt and Bill Evans. He is also an aspiring photographer. He has 770k+ followers on Instagram.

Once in an interview, Labajo shared his bullying experience, he told he was teased and punched because of his looks. His caucasian looks often left people the impression that his family was well-off but in reality, they were in debt and were forced to move. He collected and sold junk to improve his financial status.

Labajo's grandmother, Erlinda asked for financial support from Cebu Governor Hilario Davide III after he made the semi-finals of The Voice Kids, though the amount was only P100 still he was grateful for the governor's support.

Check out the interview of Juan Karlos Labajo,