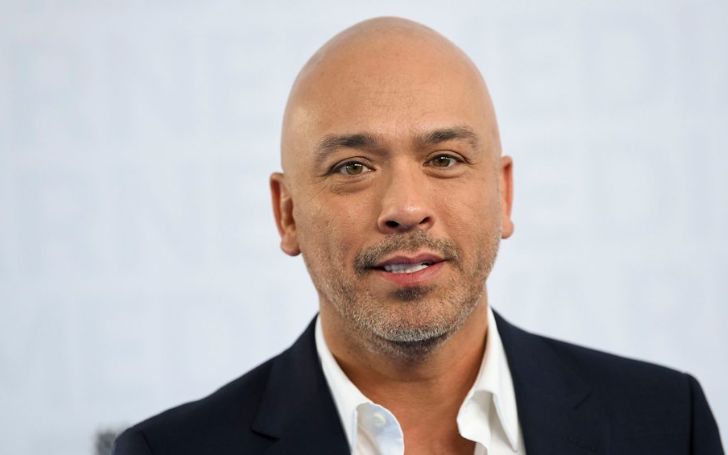 Jo Koy is a Filipino-American stand-up comedian who broke the record of ticket sales at The Neal S. Blaisdell Concert Hall, by a single artist making sales over  23,000 tickets in 2017. Starting his career from small coffee now he is one of the well-known standup comedians.

Jo Koy was born as Joseph Glenn Herbert on June 2, 1971, in Tacoma, Washington, the U.S. under the birth sign Gemini. He is of American nationality and belongs to  Filipino and European descent.

Talking about education, he went to  Spanaway Lake High School and later on joined  Foss High School in Tacoma. Also, he joined the University of Nevada, Las Vegas but later on dropped out.

How Much Is His Exact Net Worth?

Jo Koy's net worth is estimated to around $1.5 million as of 2021 which he has acc u mulated all from his career as a comedian since 1989. His major source of income is from his more than three-decade of career in a comedy line.

While talking on salary, he has not exactly mentioned it but in the USA Stand-up comedian gets paid around $100-$200 for 45-minute stand-up comedy approx, so he also might be getting paid on a similar range depending upon his experience.

From the million worth, the comedian is living a lavish lifestyle. Currenlty, he lives in $2.2 million mansions located in Los Angeles which he bought back in 2014.

Joy Koy started his comedy career when he was at the college level. At that time he uses to do comedy in a small coffee shop located in LA. Later on, he dropped out of college to pursue his career in this field.

His career got a big break after he performed in Catch a Rising Star at MGM Grand Hotel and Casino. As a comedian he has appeared in several TV shows such as  The Tonight Show Starring Jimmy Fallon, Comedy Central Presents: Jo Koy, The Tonight Show with Jay Leno (in 2005), Jimmy Kimmel Live!, Chelsea Lately, TruTV Presents World's Dumbest..., and so on.

In the yeast 2017, he broke the record of ticket sales at The Neal S. Blaisdell Concert Hall, as the single artist making sales over  23,000 tickets.