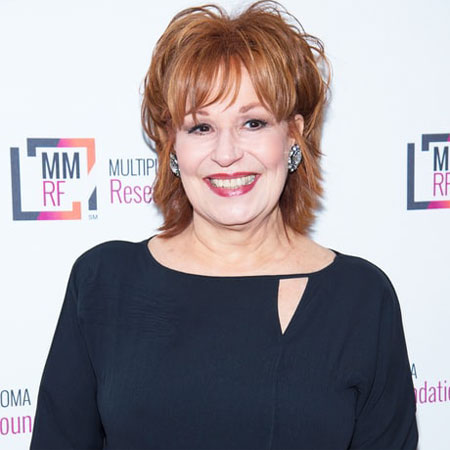 Joy Behar is a well-known American comedian, writer, and actress known best for her work in The Joy Behar Show. He has also worked in several TV shows including Joy Behar: Say Anything!, Late Night Joy, The View.

Joy Behar was born Josephine Victoria Occhiuto on October 7, 1942, in Williamsburg, New York, United States to Rose and Gino Occhiuto. Her mother was a seamstress while her father was a truck driver. She was raised in the Catholic faith.

How She Involved In Entertainment Industry?

Joy Behar began her work as an English teacher for Lindenhurst Senior High School. She then started working as a producer and receptionist at Good Morning America. Joy soon had her own talk show named Way Off Broadway and Live from Queens.

Joy Behar then joined ABC in 1997 and hosted the show, The View.  Joy has been appearing in The View since 1998. She got her own show on CNN titled, The Joy Behar Show in 2009. The show ended in 2011. A year later, she began hosting her talk show, Joe Behar: Say Anything! Behar then appeared on TLC;s Late Night Joy in 2015.

Joy Behar has appeared in many TV series and movies. Joy made her debut in the movie arena in 1987's Heading Out. Since then she has appeared in various TV series and movies like Baby Boom, This Is My Life, Manhattan Murder Mystery, Dr. Katz, Professional Therapist, Buzz Lightyear of Star Command, Ice Age: Continental Drift, Crisis in Six Scenes, Love Is All There Is and much more.

Joy Behar was married to Joe Behar in 1965. Joe was a College Professor and the couple has a daughter named Eve born in 1970. They also have a grandson through Eve named Luca born in February 2011. The couple had a divorce in 1981.

A year after the divorce, Joy began dating her boyfriend Steve Janowitz. They dated for about 25 years and finally engaged in March 2009. The couple got married on 11th August 2011.