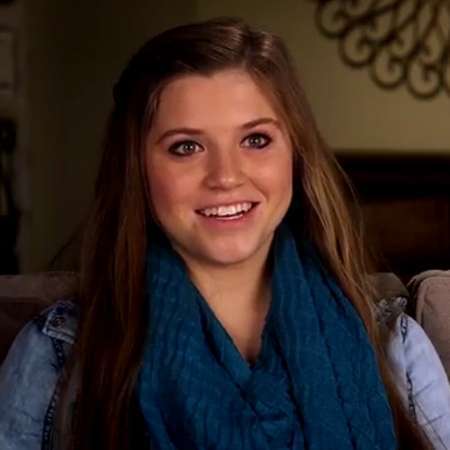 Joy-Anna Duggar, born on 28 October 1997, is the fifth daughter and ninth overall child born to Michelle and Jim-Bob Duggar. Joy first appeared on the reality show '14 Children and Pregnant Again' which is now renamed as'19 kids and Counting'. Then in the year 2011, she did her first movie 'Courageous'.

Joy-Anna Duggar belongs to the Duggar clan. She first appeared on the reality show '14 Children and Pregnant Again'. Joy-Anna Duggar was homeschooled like her other siblings and is also the most watched members among the Duggars'.

About '19 Kids and Counting'

This reality show is about the life and belief of Duggar family where purity, modesty, and faith in God are highly valued. This family has decided not to use birth controls as they believe that God determines the number of children they will have. The Duggar family appears in several TLC and Discovery health one-hour specials.

Joy-Anna in 19 Kids and Counting

During season one Joy-Anna was 11 and she went to New York for the NBC's Today Show which she calls her best tour. In the 'Big Family Reunion' episode, she went on a trip with her family to Ohio. Joy-Anna appeared in a tomboyish look on the show as she spent most of her time with her brothers.

Joy–Anna just turned 18 on October 2015 and she has not been in any relationship, so far. Since the main purpose of Duggar's family is creating more life and valuing the decision made by God,  Joy-Anna's future plan is to be a wife and a mother someday.No matter how socially active Joy is, she hasn't talked about her net worth to the media, yet.