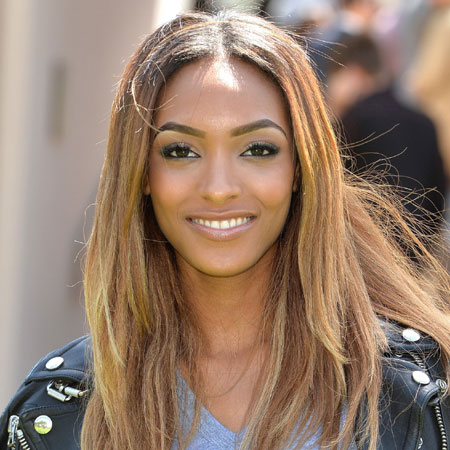 Jourdan Dunn is a stunning fashion model and actress. She was discovered in Hammersmith, Primark store in 2006 and came to rise after signing to Storm Model Management in London.

Jourdan Dunn was born as Jourdan Sherise Dunn in London, England, United Kingdom, on August 3, 1990. She belongs to the British nationality and is of Jamaican ethnicity.

Dunn was born in the West London, a suburb of Greenford, where she grew up and spent most of her childhood days. She grew up with her mother who was a receptionist of Jamaican heritage. She has two younger brothers.

Dunn started her career making her runway debut at the New York shows in the autumn of 2007. She walked for Marc Jacobs, and Polo Ralph Lauren in that shows. Soon After, she rose to fame within the industry.

Dunn was featured as a new star on a popular fashion magazine, British Vogue in 2007 and Style.com in 2008. Style.com listed her as one of the top 10 newcomers.

In July 2008, an American fashion photographer, Steven Meisel selected Dunn for the cover page of Vogue Italia. The magazine was entirely devoted to black models.

Dunn has reached the age of 26 now. She is not married yet. Her birth sign is Leo. Her eye color is brown, and hair color is Black.

Dunn has been in a relationship with the fellow model, Younes Bendjima for a long time. Their relationship came to light on January 19, 2016, as reported in The Sun newspaper about their dating.

The couple has spent a lot of time together since they met and had managed their relationship despite their work commitments.  They were described as one of the hottest couples in the fashion industry.

Her boyfriend, Younes Bendjima is a boxer as well and has worked in his father’s restaurant before training as a boxer. Younes fluently speaks various languages such as Arabic, English, and French.

Younes has also dated Kourtney Kardashian. The couple was spotted together for the first time while they were leaving the hotel in Paris. They were also spotted having a romantic trip to Cannes.

Dunn stands an incredible height of 1.8 meters (6 feet) and has maintained a perfect body physique. She earns a high income from her modeling career.

Forbes listed her in their top-earning model's list, as she was estimated to have earned $4 million in a year. As per her earning and properties her net worth is close to $4 million.