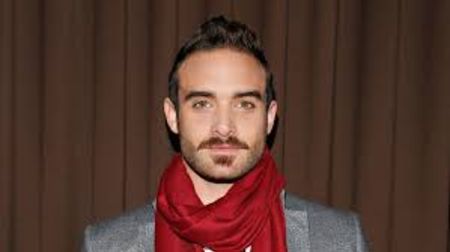 The British actor, Joshua Sasse, is famous for his role in the ABC musical series, Galavant as the lead character Galavant and also known for his portrayal in the movie Frankenstein's Army. Some of his other notable work is in The Big I Am, Mamma Mia!, and Rogue.

Joshua Sasse was born Joshua Seymour Sasse on December 9, 1987, in Westminster, London, England. His parents are Dominic Sasse (who is a poet) and Mary Rosalind. He lost his father at the age of five while his father was in a flight to Kathmandu, Nepal. After that, her mother married for the second time. 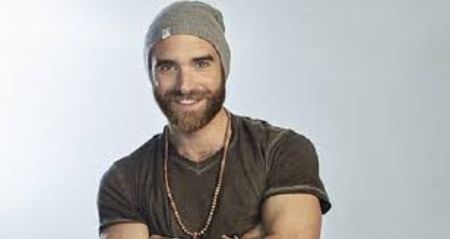 Sasse was raised in the Catholic tradition and has a mixed ethnicity of Irish, Scottish, Jewish, and Welsh ancestry.

Regarding education, he enrolled at Shrewsbury School. While he was at the school level, he discovered that he was interested in acting and as a result, he joined Hurtwood House College where he studied arts. Later on, she attended Cygnet Training Theater in Exeter.

After the completion of the education and training, Joshua Sasse got his first major in the movie, The Big I Am (British gangster movie) in the year 2010. In the same year, he appeared in the role of Sky in theatre act Mamma Mia! produced by West End production at the Prince of Wales Theatre, London.

His career took a breakthrough after he was cast in the horror movie Frankenstein's Army. Following year, he appeared in the series, Rogue which lasted for two seasons. In late 2013, he portrayed in the musical pilot,  Galavant.

In the year 2014, he made his appearance in the award-winning comedy, The Neighbors. Galavant was picked to series in 2014 and premiered on 4 January 2015.

Joshua Sasse has a net worth of around $2 million which he has accumulated from his acting career. An average salary for an actor in London is $118.06 (£95.69) per day, and he also might be geting his salary in the same range.

Being a millionaire, Joshua is definitely living a lavish lifestyle living in an extravagant mansion and driving expensive cars.

The 6 feet tall actor has gone through several relationship till now. Currently, he is married to his longtime girlfriend-turned-wife, Louisa Ainsworth. The lovebirds exchanged the wedding vows in Byron Bay on September 21, 2018.

Prior to this, he was married to Francesca Cini with whom he has shared a son, Sebastian. However, the detail on their marriage and divorce is unknown.

He has also gone through some affairs. He dated Australian singer Kylie Minogue, and even the former couple were set to get married as they engaged on February 20, 2016. 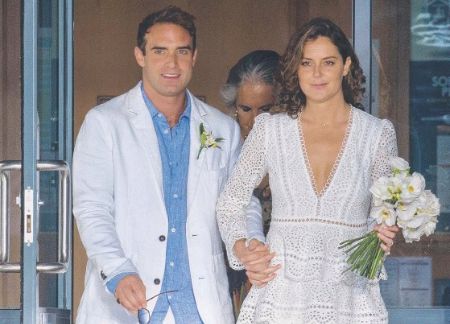 But just after a year on the same month of engagement, they separated due to some personal issues.