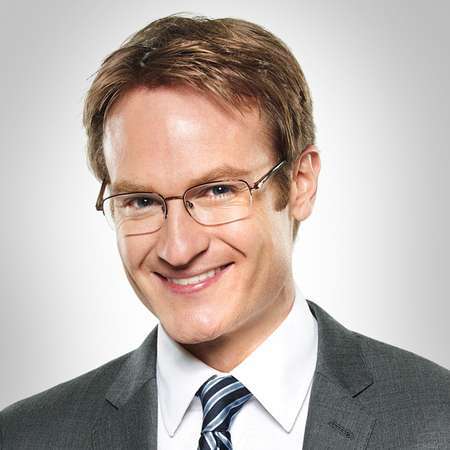 Josh Lawson was born on 22 July 1981 in Brisbane, Queensland, Australia. He was raised in his own native city, Brisbane. His nationality is Australian. He is white by ethnicity. Josh Lawson’s astrological sign is Cancer.

He has three siblings Ben Lawson, Matt Lawson, Jordan Lawson. Ben Lawson is his older brother, who had a full-time acting role as Frazer Yeats on soap opera Neighbors. While his younger brother Jordan Lawson is a member of the Brisbane-based band The Gallant who plays bass.

Josh Lawson attended St Joseph's College, Gregory Terrace of Spring Hill, Queensland, Australia. In 2001 he earned a graduate degree from the National Institute of Dramatic Art with a degree in Performing Arts. He also studied at The Groundlings, ACME Comedy Theatre about a year.

He started his acting careers in television from 1997 as Trevor in Australian children's television series The Wayne Manifesto in which he was featured for two episodes.

He also acted in Australian television improvised comedy program Thank God You're here from 2006 to 2009. He was also featured in various other television show Sea Patrol as Toby "Chefo" Jones, The Librarians as Lachie Davis.

Lawson has been cast in House of Lies as Doug Guggenheim since 2012; he is still part of the show. He has also been featured in various television films and short films. In 2014 he acted in the lead role as Paul in Australian comedy film The Little Death. He was also the director and the writer of the movie. With James Brayshaw, he also hosted Wipeout Australia.

This Australian cool guy has kept his personal life secret he has never mentioned much about his previous and present affairs. Josh Lawson's sexual orientation seems to be straight. He has been linked with many girls in the past but, he has never confessed about his affairs.

He once had affair with an Australian actress and model Rachael Taylor. Actual information about their affair when they started is unknown but they used to attend various public events and award function together.

Currently, he has been linked with many of his co-stars. He also seems to attend various function and parties with his co-star but the rumors about their relationship have never been confirmed by him. Josh Lawson's current status is single and he is neither married nor divorced.

He has a brilliant acting career which can be proved by his net worth that is estimated to be around 5 million dollars. Besides his acting career, he has also a keen interest in sports. He has also been spotted watching various sports events.

This black haired super cute actor is tall and his height measures 6 feet 2 inches. His eyes color is brown. His actual body measurement is unknown but he has a great body which is seen when he goes shirtless.