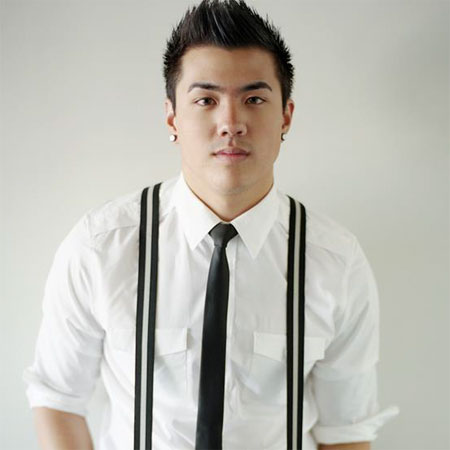 Joseph Vincent is an American guitarist, singer and a songwriter who has been featured on the NBC’s, The Ellen DeGeneres Show. He has also performed at well-known Los Angeles venues including, The Knitting Factory, The House of Blues, Roxy Theatre, El Rey Theatre and The Troubadour among others.

Vincent became popular after he began uploading song covers on YouTube in 2008. His channel has over 753K subscribers as of May 2018. He has collaborated with several YouTube stars including Jason Chen and Clara C.

Vincent is a world-renowned celebrity who has performed in various parts of the countries including Australia, Singapore, Canada and USA. In 2012, he released his debut album Blue Skies.

He picked up his first guitar at the age of fifteen and started off by playing covers. Some of his main musical influences are Jack Johnson & Jason Mraz. He began writing & composing his original songs at the age of sixteen.

In June 2008, Vincent officially entered into the music industry by uploading song covers on YouTube. Soon, he became widely recognized. He has played at large LA-venues including El Rey Theatre, The House of Blues, The Roxy Theatre, The Knitting Factory, and also plays at smaller restaurants and more intimate venues & local coffee-shops.

Joseph Vincent’s music can also be streamed online; he has over 350,000 plays on MYSPACE & over 60,000 subscribers on YouTube as of November 2017. He performed at the 17th Annual Festival of Philippine Arts & Culture in August 2008, playing his music for the thousands of ears in attendance.

In the summer of 2009, Vincent traveled to the Philippines & played his first show overseas at My Brother’s Mustache, a folk bar in Quezon City. He entered Kababayan Superstar, a contest produced by Kababayan LA-18, Southern California’s local FILIPINO news-station, and won.

In April 2010, Vincent was featured on the NBC’s, The Ellen Degeneres Show for their Wonderful Web of Wonderment segment, where he performed an acoustic cover of Iyaz’s Replay.

Just weeks later, Vincent was invited to The Ellen Degeneres Show- hosted by Ellen DeGeneres, this time as a featured performer, to perform Mike Posner’s new single, Cooler Than Me, which aired nationwide.

Joseph Vincent’s YouTube channel has received more than 753K subscribers with over 100 million video views as of 2018. In 2009, Vincent went on to the Kababayan Superstar, a contest, produced by Southern California’s local Filipino news station, Kababayan LA-18 and was awarded the top prize.

Vincent earns a decent amount of money from his career, however, as of 2018, his net worth hasn't accounted to much.

Joseph Vincent, 28, is romantically involved with his long-time girlfriend, Lauren, a model. The duo went to the same high school where they started dating. They worked on a music video back in 2007, Lauren's brother shot it.

In a 2016 interview with Jannelle, Vincent talked about his lady love Lauren; he said how she was shy on camera. He also added that he is very proud to have her in his life. Vincent often shares pictures of his girlfriend on his Instagram.