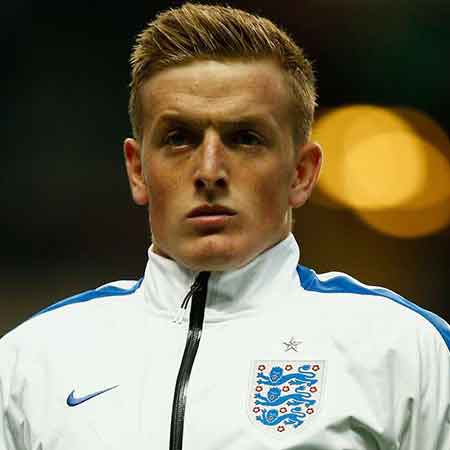 With just a season under relegated Sunderland, many Evertonians might think it was waste to spend so much money in a goalkeeper with such a low premier league experience, however, during the end of the season in awards night, Jordan Pickford won club's player of the season and young player of the season silencing the critics who doubted him. Pickford has amazing ball distribution and is an incredible showstopper. His can read the crosses delivered by opponents in the box and is not afraid to command a veteran like Wayne Rooney as per the need of the team.

Jordan Lee Pickford was born on 7th March 1994 in Washington, Sunderland in the United Kingdom to father Lee Pickford and mother, Sue Pickford. During his early years, he joined St.Robert of Newminister Catholic School and played as goalkeeper due to his tall height.

At the age of eight, he joined youth academy of Sunderland and progressed through youth ranks before finally signing a professional contract in 2011. Pickford was then sent to loan to six various clubs from 2012 to 2017 which included Darlington, Alfreton Town, Burton Albion, Carlisle United, Bradford City and Preston North End.

During his spell at Bradford City and Preston North End, he impressed most and made 33 and 24 appearances for the club. 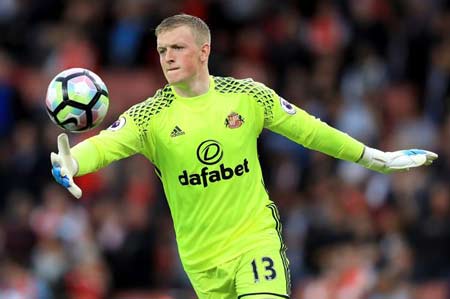 After the injury of Vitor Mannone, Pickford played regularly on the course of 2016/17 season. He was one of the brightest hopes in Sunderland's dismal campaign as they were relegated. He made 32 appearances over the season and was also listed in nominations for PFA young player of the year.

From his early days, England National team knew what talent Pickford behold. He represented his country at every youth level from Under 16 to Under 21.  He was also part of the team that won 2016 Toulon tournament.

On 9th October 2016, Pickford was included in England's senior national team, however, he was unused substitute throughout the game. He made his first-team debut for three lions on 10th November 2017 in 0-0 draw with Germany at Wembley stadium.

Just a young lad from Washington growing up dreaming of playing for England and yesterday my dream came true ! Thanks for all the support #England #sendthemin

He is also included on 23 man squad to play in FIFA Worldcup Russia 2018.

When Pickford signed for Everton, he became the third most expensive goalkeeper of the history.  He earns a salary of almost $80,000 per week from Everton. His estimated net worth is about $6 million.  He also endorses Nike brand. His car collections include Audi and Range Rover.

His current market value is about $20 Million.

Pickford is not married yet, but he is in a relationship with his longtime girlfriend, Megan Davison. The couple is together since 14 years of age.  Megan Davison is University graduate with a second class upper degree.

The couple is quite opened up about their relationship and regularly posts their romantic snaps on Instagram.

Jordan Pickford has unlikely middle name Lee which comes from Asia due to his  Asian family ancestorial origins. He has an older brother named Richard Pickford. Both used to play football together during junior years.

It was his brother who inspired him to be a better footballer. However, his brother could never make it to the professional level.