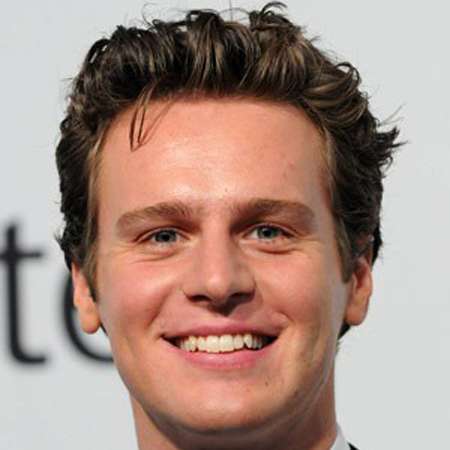 Jonathan Drew Groff was born on March 26, 1985, in Lancaster, Pennsylvania. His mother, Julie is a physical education teacher, and his father, Jim Groff is a harness horse trainer and driver. Groff has one older brother, David.

Groff is a first cousin of singer James Wolpert who was a semi-finalist on the fifth season of The Voice. Groff spent most of his childhood days in Ronks, Pennsylvania.

Groff went on to graduate from Conestoga Valley High School in 2003. He decided that he would join and Carnegie Mellon University, but was unfortunately delayed for the admission for a year because he had been cast in a national tour of The Sound of Music. Groff dropped the idea of going to college because of college loan problems and thus moved to New York instead.

Groff has performed at the Fulton Opera House and the Ephrata Performing Arts Center. In theater he has been seen in Fame, In My Life, Spring Awakening, Hair, The Bacchae, Deathtrap, Red, The Pirates of Penzance, Hamilton, A new Brain and many more.

He received his first role in a film in Taking Woodstock in 2009 as Michel Lang. He was then seen in The Conspirator as Louis Weichmann, COQ as Samuel. He has voiced Kristoff Bjorgman in 2013’s Frozen and reprised the role in 2015 Frozen Forever.

He has appeared in an American biographical drama film, American Sniper as well. He has played in 14 episodes of Glee as Jesse St. James. He has been seen in 10 episodes of Boss and 18 episodes of Looking.

Groff is openly gay. He came out in October 2009 during the National Equality March in Washington. Groff is an advocate for LGBT community. He has been awarded the Point Horizon Award by the Point Foundation. He has also been named a Grand Marshall of the New York City Pride Parade.

Groff is an inspiration to the future LGBT leaders. Groff does not have a long dating history. He began dating Cavin Creel in 2009. The couple broke up in 2010. In the same year, Groff began dating Zachery Quinto.

They confirmed their relationship in front of the media September 2012. He broke up with Quinto in July 2013. Groff is currently single; does not have a boyfriend or girlfriend. He has not married till date and does not have any children.

Net Worth, Height, Awards, and Achievements

He stands tall at the height of 5 feet 11 inches. His other awards include an Obie Award for Outstanding Performance, a WhatsOnStage.com Theatregoers' Choice Award for London Newcomer of the Year, NewNowNext Award for Best New Television Actor and Point Horizon Award.

He has been nominated for a Tony Awards, a Drama Desk Award, Gold Derby TV Award, EWwy Award and a Behind the Voice Actor Awards.