John Ventimiglia is an American actor who is best known for playing the role of Artie Bucco in the HBO hit television series, The Sopranos. He has been married to Melinda Ventimiglia with who he shares two children.

He is not related to actor Milo Ventimiglia who is best known for appearing on some hit television shows such as Heroes and Gilmore Girls.

John Ventimiglia was born in Ridgewood, Queens, New York City, New York, in a Sicilian American family. His date of birth is under review.

He was raised in Teaneck, New Jersey. He doesn't have a brother or sister; he is the only child of his parents. He is of American nationality and belongs to white ethnicity.

As for his educational background, John studied at Teaneck High School from where he completed his graduation in 1981. He used to play football while in high school.

Acting Career: Star of The Sopranos

John Ventimiglia has appeared in numerous feature films such as Jesus' Son, The Iceman, Cop Land, The Funeral, Mickey Blue Eyes and The Wannabe.

As for his appearances in television shows, he has famously appeared in Law & Order and NYPD Blue.

In 2008, he played the role of Theo Horace in the 2009 indie comedy horror film, Rosencrantz and Guildenstern are Undead, alongside Devon Aoki, Jake Hoffman, Jeremy Sisto and Ralph Macchio.

In the following year, Ventimiglia played a small role of a police officer in the crime drama film, Notorious. In 2011, he portrayed Weinstein in the mystery comedy film, Flypaper. In the same year, he appeared in an indie film, PONIES.

Later in 2012, Ventimiglia guest-appeared in the popular CBS series, Made in Jersey, and in the Portuguese film Operation Autumn.

Most recently, in 2016, he portrayed Harry Magarac on an episode, "Murder Ex Machina," in the CBS television series, Elementary.

Being one of the successful film and television actors, John Ventimiglia has earned a lot of money from his acting career. He owns an expensive house in Park Slope, Brooklyn.

The exact net worth of the Made in Jersey star has not been disclosed. However, some sources have estimated Ventimiglia's total fortune to be $2 million.

Talking about the relationship status of John Ventimiglia, the Sopranos star is a married man. He has been married to Melinda Ventimiglia.

It's unknown when he and his loving wife tied the knot. However, as per the report, the two love birds dated for a long time before they walked down the aisle. 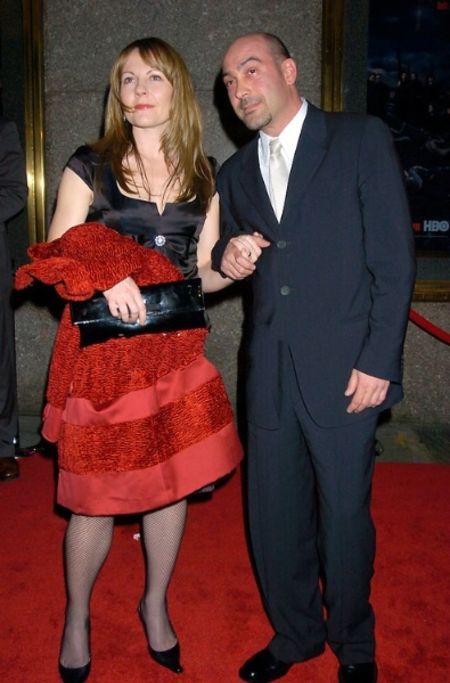 The couple is the parents of two adorable children and the family of four is living happily together in Park Slope, Brooklyn.