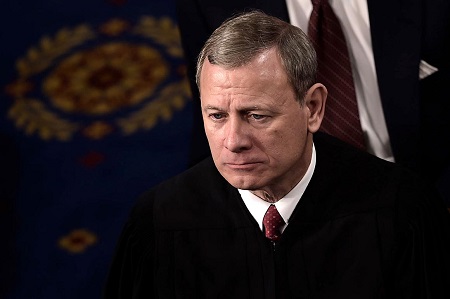 John Roberts,  born as John Glover Roberts Jr., is an American lawyer and jurist by profession. As of 2020, he serves as the Chief Justice of the United States. As a lawyer, Roberts has written several opinions on a number of cases.

While he was born in the United States, his father comes from an Irish and Welsh ancestry whereas his mother belonged to Slovak descent. In the year 1965, John along with his family moved to Long Beach, Indiana, when he was merely 12 years of age.

Talking about his education, he attended Notre Dame Elementary School, after which he moved to La Lumiere School, an academically rigorous Roman Catholic boarding school in La Porte, Indiana. He did his graduation in 1973.

After finishing his graduation in law, Robert started his career as a clerk for Judge Henry Friendly of the U.S. Court of Appeals. He was employed there for almost a year from 1979 to 1980.

Following this, he clerked for William Rehnquist of the U.S. Supreme Court from 1980 to 1981. Soon after this, he extended his horizon working for the U.S. government in the administration of President Ronald Reagan. There he first served the U.S. Attorney General William French Smith as a special a s sistant from 1981 to 1982.

By 1986, Roberts had his wings into practicing private law in Washington, D.C., where he was an a s sociate at the law firm Hogan & Hartson (Hogan Lovells at present).

Around this time, he was involved as an advocate for gay rights, reviewing filings and preparing arguments for the 1996 Supreme Court case Romer v. Evans.

Talking about his love life, John is a married man. He is married to Jane Sullivan. The duo got married in 1996 and is still going smoothly together. 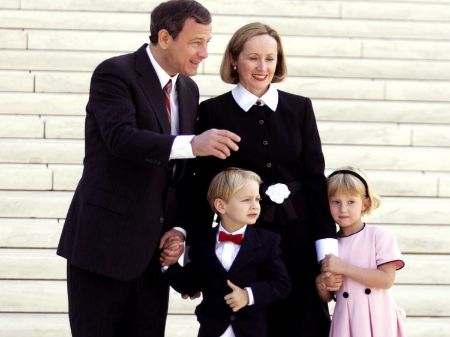 Like him, his wife is also a lawyer by profession and serves as a legal recruiter at companies like Major, Lindsey & Africa and Mlegal.

While they are married for years, they have not welcomed any children and have rather adopted two children: John "Jack" and Josephine "Josie".