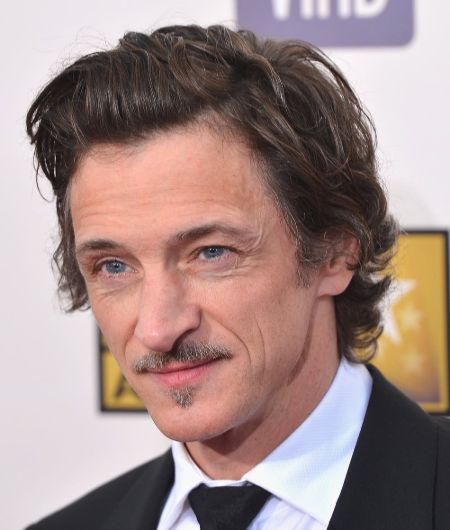 John Hawkes is the Oscar-nominated actor of 2010's Winter's Bone and the Golden Globe-nominated actor of 2012's The Sessions. He has appeared in nearly 140 other films and TV series including movies like Heartbreak Hotel, Congo, Miami Vice, American Gangster, Contagion,  Lincoln, Three Billboards Outside Ebbing, Missouri, and The Peanut Butter Falcon.

How Old is John Hawkes? What is his Height?

A native of Alexandria, Minnesota, Hawkes attended and graduated from Jefferson High School and St. Cloud State University in St. Cloud, Minnesota. Hawkes was a musician by hobby and performed with singer-songwriter Gretchen Phillips in the band, Meat Joy, and with actors Rodney Eastman and Brentley Gore in the band, King Straggler.

John Hawkes made his on-screen debut in an uncredited role in the 1984 action-comedy feature film Police Academy. The following year, he had his first credited appearance in a feature film as The Light Man in the 1985 sci-fi comedy-horror film Future-Kill.

He went on to appear in small roles in several movies throughout the late-'80s including D.O.A., Johnny Be Good, Murder Rap, It Takes Two, Heartbreak Hotel, and Dakota. 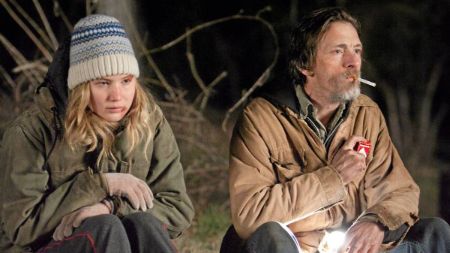 John Hawkes and Jennifer Lawrence in Winter's Bone SOURCE: The Globe and Mail

He went on to carve a legacy for himself, especially with his performance as Teardrop Dolly in the 2010 mystery drama movie Winter's Bone starring Jennifer Lawrence. The role landed him an Academy Award nomination in the Best Supporting Actor category in 2011.

He was also nominated for a Golden Globe for his portrayal of the paralyzed American journalist Mark O'Brien in the 2012 indie drama The Sessions.

In addition to that, Hawkes has had notable appearances in several critically acclaimed and commercially successful movies including Heartbreak Hotel, Congo, From Dusk till Dawn, Rush Hour, I Still Know What You Did Last Summer, The Perfect Storm, Miami Vice, American Gangster, Martha Marcy May Marlene, Contagion, Lincoln, Three Billboards Outside Ebbing, Missouri, and The Peanut Butter Falcon.

On television, Hawkes has had notable roles in shows like ER, Buffy the Vampire Slayer, The X-Files, Lost, 24, Deadwood, Eastbound & Down, and Too Old to Die Young.

According to celebritynetworth.com, John Hawkes has a net worth of $4 million. The 61-year-old is an Academy and Golden Globe Award-nominated actor and has been seen in nearly 140 movies and TV shows, including acclaimed movies like Heartbreak Hotel, Congo, Miami Vice, American Gangster, Contagion,  Lincoln, Three Billboards Outside Ebbing, Missouri, and The Peanut Butter Falcon.