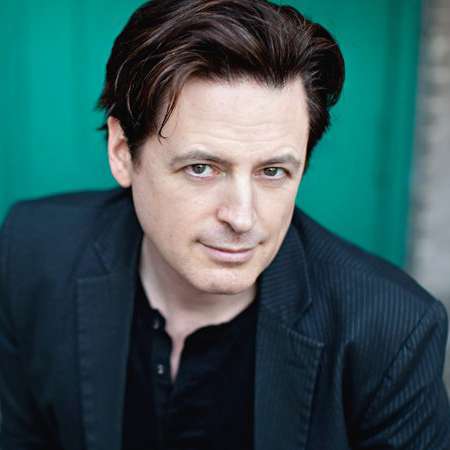 John Joseph Fugelsang is an actor, television personality, writer, and a comedian. He is known by only John Fugelsang, he is famous for hosting a hit show called “America's Funniest Home Videos”. This very talented personality was born on 3, September 1969 in Long Island, New York, U.S.

His mother, Peggy Fugelsang was a former nun while is father Jack Fugelsang, was a former Franciscan monk. He grew and spends his childhood on Long Island. John began his career in ABC's show “AFV” since December 1997 in Los Angeles. He also worked as part-time for VH1 in New York and still doing his chores in AFV.

Joseph studied drama for two years and was later transferred to university's film school. He stayed in New York for four years after he graduated by earning a degree. During this time, he goes around in the city comedy clubs and performed until he got a break through with the show “Junk Male”.

Fugelsang had a establish his passion in acting at a young age. He debuts his first role in acting as a scarecrow in his elementary school's production called “The Wizard of Oz”. He then played in a regional theater called “Hamlet”, this was his first appearance as a professional actor and he was just the age of 12. He later recalled the moment and said: "That was when my life switched from black and white to color."

Since then, he began to appear in numerous projects as an actor, including CSI, Providence, Coyote Ugly and much more. As a comedian, he took part in the US Comedy Festival in Aspen and also made an appearance in the “Just for Laughs Festival” in Montreal. He also appeared in “Politically Incorrect” for more than 20 times.

In 2007, Fugelsang premiered the solo tv show entitled “All Wrong Reason” at the New York Theater Workshop. The show received many positive reviews from the public and media as well. The show runs in different parts of the nation including Los Angeles, New York City's Barrow St. Theater, Albuquerque and celebrate the closing ceremony of the South Beach Comedy Festival in Miami.

Fugelsang has made much credit in movies, television, and stage, to name a few:- “Becker”, “Somewhere in the City”, “The Michael Richards Show”, “Beyond Belief”, “Chicken Soup for the Soul”, “Hamlet”, “Blue Window” and lastly “Savage in Limbo”

As a host and presenter, he had hosted “George Harrison: The Last Performance, Paul McCartney's Live Town Hall on VH1. From 1998 to 1999 he was also on America's Funniest Home Videos alongside Daisy Fuentes for two seasons .

In 2004, he co-hosted John McEnroe's short-lived CNBC talk show and was a regular on CNBC's Bullseye and Fox News's Red Eye. He was the co-host of the World Series of Blackjack on GSN alongside Bringing Down the House author Ben Mezrich. He also co-hosted, along with Debra Wilson and Teresa Strasser, TV Watercooler on TV Guide Channel from 2005 – 2009.

Fugelsang hosted a series of videos on the YouTube channel "POLIPOP", in 2012. From January 2013 until August 2013, Fugelsang was the host of the Current TV political talk show Viewpoint. The show ended with the end of all live programming on Current.

He also contributed to The Huffington Post weblog, and took part as a commentator and as a guest in a famous radio program called “The Stephanie Miller Show”. Fugelsang also toured in Sexy Liberal Comedy Show with Miller and Hall Spark, a comedian and musician.

John was also featured on several news channels such as CNN, Fox News, Air America, CNBC, MSNBC and a couple more. He worked as a host for Current TV on a political talk.

Moving on to the personal life of the celeb, he is married to Charmien LaFramenta, a designer. They both have obe son, named Henry Jack. They currently all live together as a family and split between Hollywood and New York City's Greenwich Villiage.

This diversely talented person is now 46 years old (As of 2016). He is 6 feet 1 inches in height and weighs approximately 65 kilograms. His net worth and salary are not made available by any websites.

One can listen to his various program on the podcast and follow him on several online social media such as twitter. If the information here is inadequate. you can always obtain the details about his bio in a wiki as well.