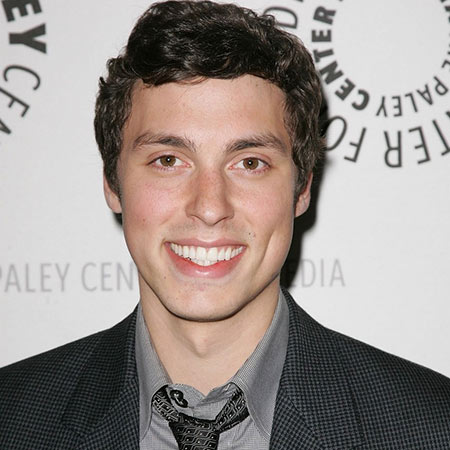 John Francis Daley is a multi-talented actor, screenwriter, musician, and film director. He is known for playing Sam Weir on the comedy-drama series “Freak and Geeks” on NBC and also for portraying Dr. Lance Sweets on the crime procedural drama Tv series “Bones.” As a musician, he sings and plays piano for the Day player band. In 2011, Daley and his writing partner Jonathan M. Goldstein wrote the box office hit film “Horrible Bosses.”

John Daley was born on 20 July 1985, to Irish Catholic father R.F Daley and a Jewish mother, Nancy Daley. His father is an actor while his mother is a piano instructor.

Born in Wheeling, Illinois, Daley spends most of his childhood and was raised in Nyack, New York. He belongs to a white ethnicity and is an American nationality.

John Daley began his acting career at the age of three by playing the role of Young Tommy in the U.S. and international tours of the Broadway hit “The Who's Tommy.” He also played Sam Weir, the protagonist of the Geeks, in the television series “Freaks and Geeks.”

Since then, Daley has continuously appeared on television, including series such as The Boston Public, Geena Davis Show, Regular Joe, Spin City, Kitchen Confidential, and Judging Amy. He was once ranked number 94 on VH1 's 100 Greatest Teen Stars.

In 2001, Daley co-directed a short film called “What Babies Do.” He starred in the comedy short “Friday Night,” which he wrote. In 2005, he was cast in the film: Waiting…” and also in Fox's sitcom “Kitchen Confidential.”

Daley joined the cast of the Fox drama series “Bones,” in which he played a psychologist Lance Sweets in 2007. He co-wrote the season six episode "The Truth in the Myth." with his writing partner Jonathan M. Goldstein.

In 2013, the two partners wrote The Incredible Burt Wonderstone; Daley also has a minor role as a paramedic in the film. The same year, the two were hired to write for DreamWorks Studios “Cal of the Wild.” Daley plays Ben House in Rapture-Palooza. Later, Daley continued to write the story for the sequel to Horrible Bosses.

In the following year, the actor landed the role in Game Night sharing the screen along with Rachel McAdams, Kylie Bunbury, and more.

John Francis Daley's net worth is $5 million according to celebrity net worth as of 2019. He has earned a huge amount of salary from his acting career. His average salary is around $53,000 a year, according to some reliable sources.

He has co-starred or recurred on such television shows as "Freaks and Geeks", "Boston Public", "The Geena Davis Show", "Spin City", "Regular Joe", "Kitchen Confidential", and "The Finder".

John Francis Daley is a married man. She tied the knots with his spouse Corinne Kingsbury, on 6 February 2016, in an intimate wedding ceremony. His wife Kingsbury is a writer whom he met in the year 2013.

The loving couple dated a few years before they exchanged the vows. They welcomed their first child, a son Basil, in early 2017.