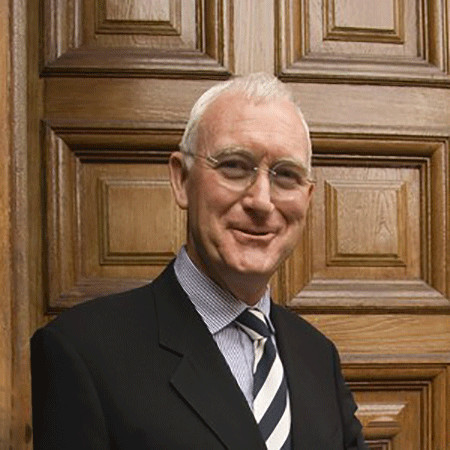 An Emmy receiver, British television executive and businessman John Birt, Baron Birt is a former Director-General of the British Broadcasting Corporation (BBC). He has influenced heavily in the British broadcasting with new reforms and modernization in the BBC. Born on 1944 December 10, John Birt, Baron Birt has a successful career in the television industry. He is very far-sighted and hence is very strategic. Birt served as a Strategic Advisor to Prime Minister Tony Blair for five years from 2001-2005 after leaving BBC.

John Birt, Baron Birt was born in Liverpool. His father was a manager at the Firestone tyre company and was Catholic by faith while his mother was a protestant. Birt grew up in Liverpool in a catholic environment. He attended direct-grant grammar School and St. Mary’s College in Liverpool. He joined at St. Catherine’s College in Oxford studying engineering and is a graduate of Oxford University with a third-cla s s degree in engineering.

After his graduation, John Birt, Baron Birt, started working for Granada Television. He joined the television in 1966 as a producer and devised for the magazine program Nice time. Later he started to work in current affairs series of Granada television’s World in Action. He left Granada television in 1971 moving to London Weekend Television as a founding editor and executive producer of current affairs program called Weekend World. He soon became the head of current affairs in LWT. He took a break from LWT in the mid-1970s to produce David Frost’s The Nixon Interviews with former US president Richard Nixon. In 1982, Birt returned to LWT as a director of the program.

Birt joined BBC in 1987 as deputy director general working under Michael Checkland. He served as the director of news and current affairs at that time. Later in 1992, Birt was promoted as a Director-General which provoked controversy in the network. During his time, he saw BBC being overstaffed and badly managed. During his regime as a director-general in BBC, he restricted and modernized the corporation and prepared for the new landscape in BBC shaped by the digitalization which was very advanced than BBC’s terrestrial trials. John Birt, Baron Birt, is accredited for shaping BBC.

Birt served as the advisor to Prime Minister Tony Blair from 2000-2005. He served as an advisor on Criminal Justice from 2000-2001. The idea of Serious Organized Crime Agency (SOCA) was originally Brit’s idea. Brit became an adviser for Capgemini, a consulting firm from 2006-2010 which was focused on the strategic issues in the public sector, Telecom, Media, and Entertainment practice.

John Birt, Baron Birt served as the chairman of PayPal Europe from 2010-2014 and is an independent director of Eutelsat. In 2013, Brit became a non-executive chairman of Host Europe Group. Brit is also an active bencher in House of Lords.

Net Worth, Awards, and Honors

John Brit, Baron Brit is a receiver of a prestigious Emmy Awards for his contribution to international television. He was awarded a knighthood. On Feb 2000, John Birt, Baron Birt created a life peer as Baron Birt of Liverpool and in March he became a crossbencher in House of Lords.

Being such a talented person and sought after personality, John Birt, Baron Birt, has a high annual salary. Seeing his involvement, we can a s sume he is paid thousands of pounds as a salary in a year and has a very net worth. The exact amount has not been disclosed in any media.

John Brit’s personal life is shocking. He was married to American-born Jane Lake in 1965. The two met in 1963 while studying at Oxford University. The couple got married in Washington. They have two children and five grandchildren.

Brit married Eithne Wallis, a divorced mother of three children, on December 2006 at Islington Register Office. Brit admitted of having twelve months affair with her. Eithne Wallis was a former head of National Probation Service. Their marriage was attended by neither of their family members but by their colleagues.