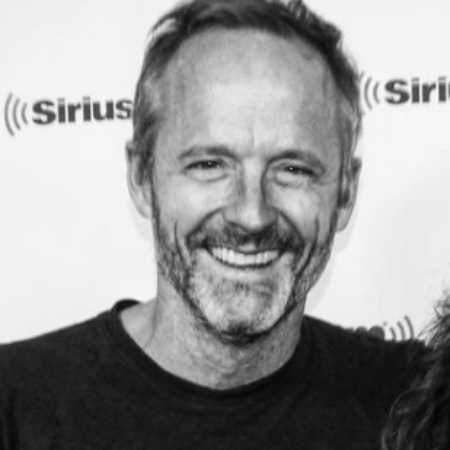 Primetime Emmy Award nominee John Benjamin Hickey is one of the prominent faces in the entertainment world. For his performance as Felix Turner in 'The Normal Heart,' the actor earned the 2011 Tony Award for Best Performance by a Featured Actor in a Play.

Moreover, Hickey is noticed for his work in films like Transformers: Revenge of the Fallen, Flags of Our Fathers, and The Taking of Pelham 123, as well as TV series, including It's All Relative, The Big C, and Manhattan. As of now, he plays Colin in the TV series In Treatment.

John Benjamin was born on June 25, 1963, in Plano, Texas, the United States. He American by nationality and white in terms of ethnicity.

Moving on, he is a Plano Sr. High School graduate. He studied at the Texas State University-San Marcos from 1981 until 1983, where he majored in the theatre department.

Subsequently, the actor enrolled at Fordham University, earning a bachelor's degree in English in 1985. As of this writing, he is 58 years old.

Net Worth Of $3 Million: Earning Details

As per celebrity net worth, the Plano-born renowned actor owns a net worth of $3 million as of June 2021. He gathers his riches from his successful acting career.

To date, he has more than eighty TV series and movies combined acting credits under his name so far. The average salary of an actor in the US is $58,017 per annum. So he might have a similar range of salary.

Benjamin started his acting career in 1990, appearing in the television series The Days and Nights of Molly Dodd. From 2003-2004, he appeared as Philip Stoddard in the series It's All Relative.

He starred as Theodore Galloway in the sci-fi action film Transformers: Revenge of the Fallen (box office collection of $836.3 million) in 2009.

He acted as Sean Tolkey in the Showtime series The Big C, for which he was nominated for the Primetime Emmy Awards for Outstanding Supporting Actor in a Miniseries or a Movie.

For his performance as Felix Turner in The Normal Heart, the actor won the 2011 Tony Award for Best Performance by a Featured Actor in a Play.

The 58-year-old actor was cast as Dr Mitchell in the musical comedy film Pitch Perfect (box office grossed $115.4 million) in 2012.

Some of his other films and TV series are Big Stone Gap, Barry, Manhattan, and The Good Fight. As of now, he plays Colin in the TV series In Treatment alongside Uzo Aduba, Dianne Wiest, and Michelle Forbes.

Is He Married? Who Is Her Partner?

'The Big C' actor John Hickey is openly gay. He has been married to his partner Jeffrey Richman since 2003. His partner is a writer, producer, and actor. 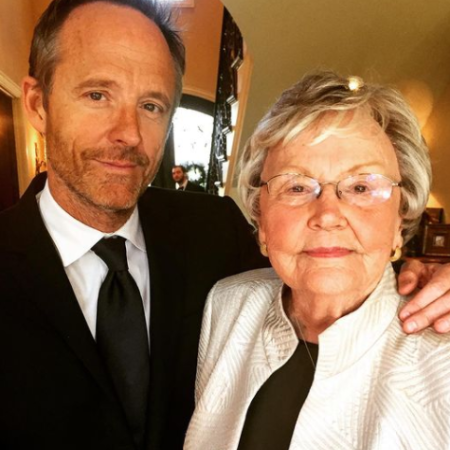 Besides his love life, he is active on Instagram under the handle @jbenhickey, with 28.7 thousand followers. He mostly posts pictures with his family and co-stars. On May 10, 2021, he posted pictures with his mom on his Instagram and wished her a Happy Mother’s Day.