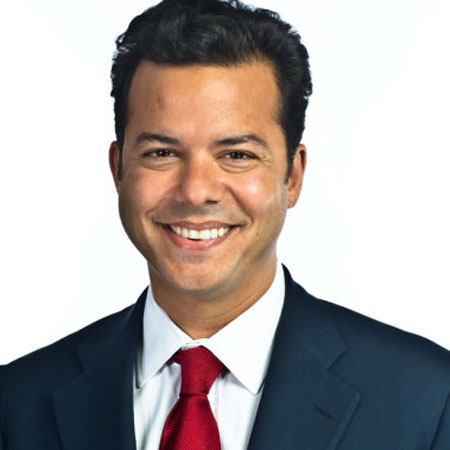 John Avlon is an American journalist popularly known as the editor in chief and managing director of The Daily Beast. He is also a Senior Political Analyst at CNN.

Who is John Avlon?

John Avlon was born in the year 1973 in the USA to his mother Dianne Alexander and his father John Jeffrey Avlon. His parents raised him up with compa s sion and care. His birth name is John Phillips Avlon

Moreover, John Avlon has also lectured at Yale University, New York University, the Kennedy School of Government, the Citadel, and the State Department's visiting journalism program. Not only this, John was also a senior fellow at the Manhattan Institute.

John Avlon has appeared on the MSNBC, PBS, C-SPAN, The Daily Show, CNN, and Real Time with Bill Maher. Moreover, he was the creator and host of the 'Wingnut of the Week' segment on CNN. Throughout the 2012 election cycle, he also appeared on Erin Burnett's OutFront. John Avlon traveled South Sudan with activist John Prendergast and the actor George Clooney to witness the referendum of independence of South Sudan from North Sudan after two decades of civil war.

After his visit to South Sudan, John Avlon wrote the Newsweek cover story that was published on the 28th of February, 2011. The story was titled 'A 21st Century Statesman'.

John Avlon along with his team was responsible for writing the eulogies for all New York City Firefighters, New York City Police Officers, and other people killed in the destruction of the WTC after the attack of 9/11. In the year 2012, John Avlon won the NSNC award for best column. Besides this, he also served on the staff of the Bilingual Education Reform Task Force, the City Hall Park Restoration Committee, and the2001 Charter Revision Commission.

He is married to Margaret Hoover(political commentator). His wife, Hoover, is the great-granddaughter of President Herbert Hoover and author of American Individualism. The couple got engaged on the 21st of November 2008.  And, they married on November 7, 2009. They have a son, Jack Avlon and a daughter, Toula Lou. The family resides together in New York City.

John Avlon stands attractive and smart with a medium height and charismatic personality. He is of Greek descent. His net worth is estimated to be high acc u mulated from his high salary for the work as a journalist and columnist. However, the actual figure about his net worth is unknown.