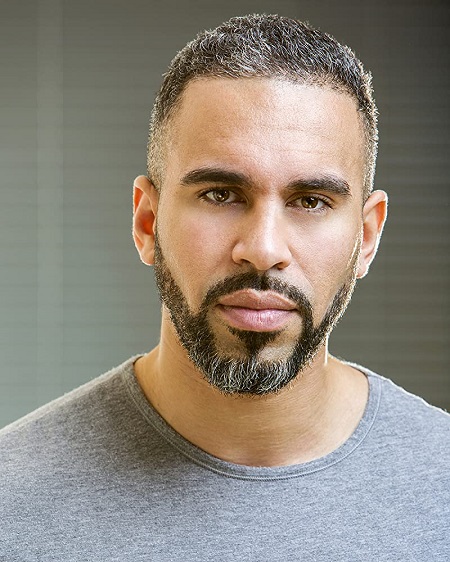 Joey Ansah is a successful British actor, director, and martial artist by profession. He is widely recognized for his roles in The Bourne Ultimatum, Street Fighter: Assa s sin's Fist, and The Old Guard. He has also appeared in many other successful movies and has also received a few prestigious awards.

Joey Ansah was born on 24 November 1982, in London, England, as the second son of successful Ghanaian fashion designer Kofi Ansah and wife Nicola.

Joey also has a sister Tanoa Sasraku-Ansah, who is the visual artist by profession. Likewise, his brother, Ryan Ansah, is a musician. Moreover, his uncle Kwaw Ansah is a film director.

Born in London, Joey spent the first 10 years of his life in London after which, he along with his family emigrated to Ghana. While in Ghana, he took martial art of Taekwondo for four years and also got heavily invested in hip-hop dance and motorbike racing.

Well, almost 5 years in Ghana, finally at the age of 15, he moved back to England along with his mother and young sister, finally settling down in Plymouth.

There during his studies for his GCSEs and A-levels at Devonport High School for Boys, he also got into trained himself in the martial art of Ninpo Taijutsu and even earned a black belt.

Further, he has a degree in human biology from Oxford Brookes University. Even while at Oxford, he trained in the Brazilian martial art of Capoeira.

Joey began his career in movies in the 2004 film Left for Dead where he played a character of a kickboxer which was followed by his role in Batman Begins. However, he gained recognization only after he played Mango in the UK indie film Love Struck (2005).

IN the year 2010, he invested himself as an actor, director, and also as a co-writer in Street Fighter: Legacy. In the movie, he played a character named Akuma. In 2013, he was the part of The Numbers Station, Green Street 3: Never Back Down, all of which happened to be successful both commercially and critically.

Talking about Joey's personal life, there is very little information. It is unclear if he is married or dating a girlfriend.

It seems the actor loves to keep his private life private. However, since he has not bothered to speak up about his romance part of life as of yet. It's safe to say, he is single and not dating anyone.

What is Joey Ansah Net Worth?

Talking about the finance part of Joey, he is estimated to own somewhere between $3 million to $5 million.

Needless to mention, he mostly makes his wealth from his movies, primarily as an actor but lately has also invested himself as a producer, co-creator, and also as a writer.