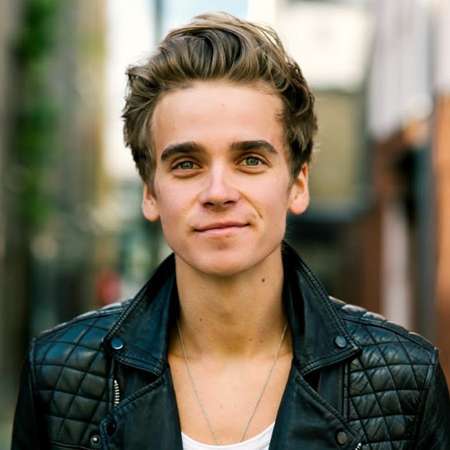 Joseph Graham Sugg especially known as Joe Sugg is a British YouTuber, author, and Film-maker. He was born on 8th September 1991 in Wiltshire, United Kingdom. He is mostly known for his YouTube channel ThatcherJoe, ThatcherJoeVlogs, and ThatcherJoeGames. Graham hasn’t disclosed information related to his childhood, family, parents and education life. He is well known for being eccentric and crazy and this is what people love about him.

Joe started his career with creating his YouTube channel ‘ThatcherJoe’ in November 2011. The channel has more than 6 million subscribers and over 500 million video views.  Joe’s video mostly consists of pranks, challenges, and impressions. He even created a YouTuber Innuendo Bingo. Even though it was similar to the BBC Radio 1 segment he made its YouTube Version. It was highly appreciated by the fans and Joe was even invited to appear on the Radio 1segment.

Sugg is also interested in singing so he became the part of the ‘YouTube Boyband ‘ that raised money for Comic Relief and was also featured in The Guardian.  As a part of the Band Aid 30 Charity supergroup, raising money for the Ebola virus epidemic in West Africa Joe featured on 2014 single ‘Do They Know It’s Christmas?.

Joe also gave voice in UK version of the film The SongeBob Movie: Sponge Out of Water as a seagull along with Alan Carr, Casper Lee, and Stacey Solomon in 2015. The same year he showed up in the movie Joe and Caspar Hit the Road. Sugg is also the author of the graphic novel Username: Evie, published in 2015 by Hobber & Stoughton. The story was about a bullied teenage girl in school named as Evie who dreams of a place she can be herself.

Heading towards his personal life, Joe is the younger brother of Zoe Sugg, who is also a popular blogger and internet personality. She often describes Joe on her blog. She is also known on YouTube as Zoella. Both of them are very close with other after all, Joe’s most popular video is ‘ My Sister Does My Makeup’.

Before being an internet sensation Joe used to work as a roof thatcher hence, his channel’s name was ThatcherJoe. Sugg lives in an apartment with fellow YouTuber Caspar Lee in London. There is no news about him being in any sort of relationship or dating someone. He is currently focused on his career completely.

Joe is very popular among youngsters especially girls because of his charming and attractive nature. He has a height about 5’8.5” and wight about 135lbs which made look very handsome and attractive. His net worth in 2015 was estimated at $ 2 million whereas, his net worth and salary of 2016 are officially unavailable. He is very active on social sites including, Facebook, Twitter, and Sanpchat. For more details about Joe Sugg, information is available on his bio.