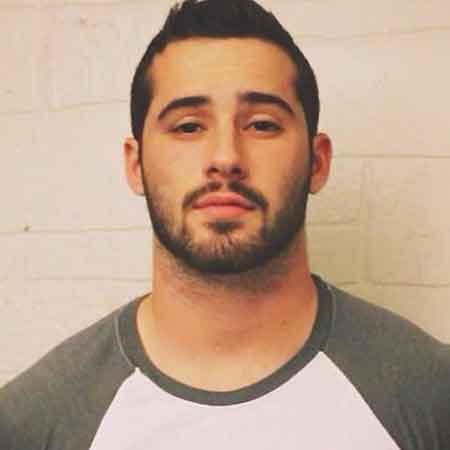 American YouTuber and comedian Joe Santagato never failed to impress his audience via his comedy content videos. He has 2.46 million+ subscribers on his self-titled YouTube channel, Joe Santagato with 388 million views as of October 2018. Besides that, he has another channel, Extra Joe which contains daily vlogs, and a sports channel titled Veterans Minimum. He is also best known for his weekly podcast, The Basement Yard released by Fullscreen.

Joe Santagato was born on February 25, 1992, in Astoria, Queens, New York, the United States. He is the youngest son of  Elizabeth Santagato, a school secretary at a public school, and Joseph Santagato; a retired firefighter. He has three elder siblings, Keith Santagato, Shannon Santagato, and Thomas Santagato. He was raised Roman Catholic.

Santagato attended St. Francis of Assisi Catholic School for kindergarten. Then he joined Louis Armstrong Middle School, later he went to  St. Francis Preparatory School for high school where he was on the school football team. He enjoyed sports and facing camera since his early days. In 2010, one of his friends suggests him to post his videos on YouTube.

Joe Santagato first worked as a producer and editor for American online news platform, Elite Daily before starting his career as a full-time YouTuber. In 2014, he started his self-titled YouTube channel, Joe Santagato where he posts comedic content regularly. As of 2018, he has 2.4 million+ subscribers with over 388 million views.

Apart from that, Santagato runs another YouTube channel, Extra Joe which contains daily vlogs, a sports channel, Veterans Minimum, and The Basement Yard which features clips from "The Basement Yard" podcast. Previously he has a Vine account. He was also a former member of the Youtube channel titled "SDK".

Santagato also helped to create the Hasbro board game Speak Out which was released in August 2016 which was based on his video "Watch Ya' Mouth". It helped players to recite phrases while a dental retractor is placed in their mouths.

He is also a promoter of Hasbro's Hearing Things board game. In October 2017, he announced he will introduce a new telecommunications company called Wing.

Joe Santagato is one of the popular YouTubers with more than two million subscribers on his self-titled YouTube channel, Joe Santagato. He earns $718 - $11.5k monthly and $8.6K - $137.8K per annum from his channel.

Besides this, he earns a good sum from his other YouTube channels, The Basement Yard, Extra Joe, and Veterans Minimum. Considering his career growth his net worth is over $0.7 million, in 2019.

The YouTuber has also owned a clothing line (merch) called The Santagato Store. Most of his items are D-Hive Pullover Hoodie, D-Hive Longsleeve Shirt, and etc. Their price ranges from $20-$40.

Joe Santagato is in a romantic relationship with her longtime girlfriend, Samantha "Sammy" Rickey,  a former Instagram model. The couple started dating since 2015 and shares a healthy relationship as of 2018. He is very close with his brothers and they often featured on his YouTube videos.

Santagato is a fan of New York sports teams, such as New York Rangers and New York Giants. He has often mentioned that George Carlin, Richard Pryor, and Robin Williams are always been a great inspiration to his comedic influences.

He is quite active on social media and has more than 834k+ followers on Instagram as of 2019.

In October 2015, Santagato accused YouTuber, Alfie Deyes of copying his ideas without giving him any credit on his "The Mad Lib Story Challenge" but Deyes denied even seeing his video before making his own. Alfie's girlfriend,  Zoella came to defend her boyfriend on this issue. Later,  another YouTuber posted similar videos and gave Joe due credit which intensified the question of fair-play for Alfie.

Check out the popular video of Joe Santagato,