Joe Kyrillos is a renowned American Republican Party politician and businessman who represented the New Jersey Senate, representing District 13 from 1992 to 2018. Besides, he did not run for re-election in 2017. Likewise, the 61 years old figure has enjoyed a distinguished career in both the public and private sectors.

Joseph M. Kyrillos Jr. was born on April 12, 1960, and is 61 years as of early 2022. He was raised by his pediatrician parents in Kearny, New Jersey. His late father emigrated from Beirut in 1954, and he was a doctor. On the other side, his mother raised four kids, and she graduated from college at age 50.

As for his education, Kyrillos studied at Rumson Country Day School and the Lawrenceville School. Later, he attended Hobart College, from where he earned a B.A. degree in Political Science. In addition, he also received an M.S. from Boston University in Communications.

Take A Look At His Professional Career

After graduating from college, the 61 years old figure served for Vice President George Bush during the 1984 Reagan-Bush campaign. From 1985 to 1987, he worked as Special Assistant to Secretary of the Interior Donald Hodel. Not only that, but he worked in the National Conference of State Legislatures. 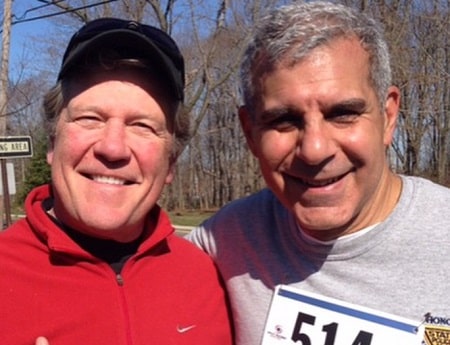 Similarly, he was a trustee of the American Council of Young Political Leaders. In 1987, Kyrillos was first elected to the New Jersey General Assembly. In 1989, he won re-election to a second term. After spending two terms in the Assembly, Kyrillos retired to run for the seat in the New Jersey Senate in 1991.

He failed in his 1992 bid for the U.S. House of Representatives and his 2012 bid for the U.S. Senate, and Kyrillos retired in 2017. After that, Kyrillos began the consulting firm S.K. Partners and is employed with Newport Capital Group, Red Bank.

Likewise, Kyrillos is a senior managing director of Newmark, Knight Frank. Also, he works on the Boards of Directors of Horizon Blue Cross Blue Shield of N.J. and Miami International Holdings MIAX Emerald. In addition to that, he is chairman of the advisory board of OceanFirst Bank and a director of its foundation.

Joe Kyrillos is a married man. The 61 years old businessman leads a happy life with his wife, Susan Doctorian Kyrillos. The power couple has been together with each other for a long time, and they maintain a distance from the media sources. 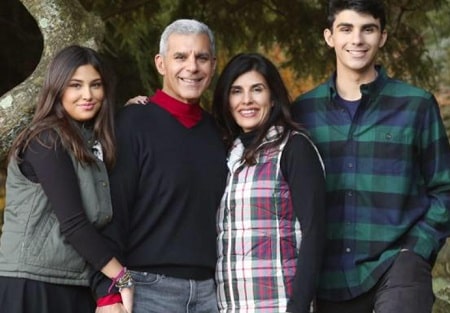 Due to their private nature, not much is known about their first meeting. Apart from that, the pair are also the parents of two grown-up children, Max and Georgia. Reportedly, Kyrillos lives in Middletown, New Jersey, with his family.

How Much Is Joe Kyrillos Net Worth?

The former Republican member of the New Jersey Senate has pocketed a decent fortune by holding different positions. According to a source, Kyrillos has a net worth of around $1 million to $5 million. No doubt, all of this money came from his work as a politician.

Not to mention, members of the U.S. House of Representatives and Senate make a base salary of $174,000 a year. Apart from that, he is also a businessman and is a s sociated with various companies. Similarly, he has worked in a regional real estate development company, Woodmont Properties.