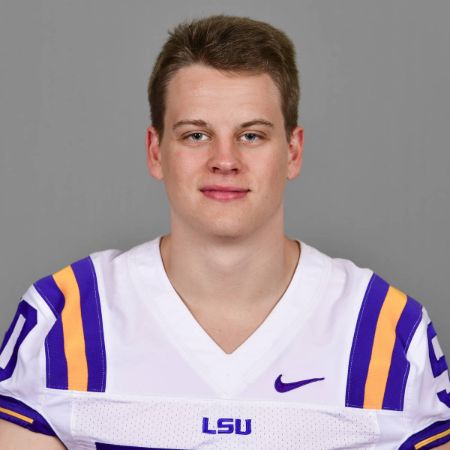 Joe Burrow is an American footballer who plays as a quarterback for the LSU Tigers. The 23-year-old accomplished footballer is considered the best player in college football as well as a top prospect in the 2020 NFL Draft too. Burrow also won the Heisman Trophy, in 2019.

Joe Burrow was born on December 10, 1996, in The Plains, Ohio, the United States. He is American by nationality and is white by ethnicity.

Burrow is the son of Jim Burrow(father) and Robin Burrow(mother). His father, Jim is a former University of Nebraska, NFL, and CFL player. He also has two brothers named Dan Burrow and Jamie Burrow.

Joe Burrow started his college football joining the first year at Ohio State in 2015. He appeared in 10 matches and completed 29 to 39 pa s ses for 287 yards during his first two years with the team. 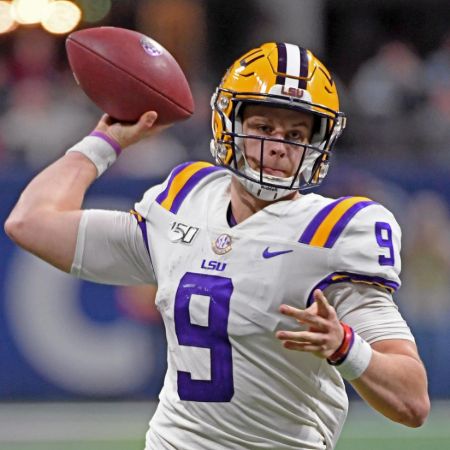 In 2018, Burrow joined LSU and started playing as a quarterback for LSU Tigers. During his earlier season, Joe in a match against Aubum threw for 249 yards and a touchdown en route to a 22–21 win. His smashing performance in the match also earned him a SEC Offensive Player of the Week. Joe later helped his team Tigers to a 10-3 record victory over UCF in the Fiesta Bowl too.

Subsequently, Burrow became the first LSU quarterback to ever throw for 350 yards in three consecutive matches.

What is Joe Burrow's Net Worth?

Joe Burrow is a professional NFL player who holds a net worth of $1 million as of 2019. Burrow, 23, has racked up such a good amount of money from his career as a footballer.

It is still unclear how much Burrown is paid a year. But, the average salary for all NFL players is around $860 thousand.

In A Relationship With Olivia Holzmacher

Joe Burrow is an unmarried man. But, he is currently dating his girlfriend named Olivia Holzmacher, a William Mason High School graduate. The couple first met with each other while both of them were at Ohio State University. 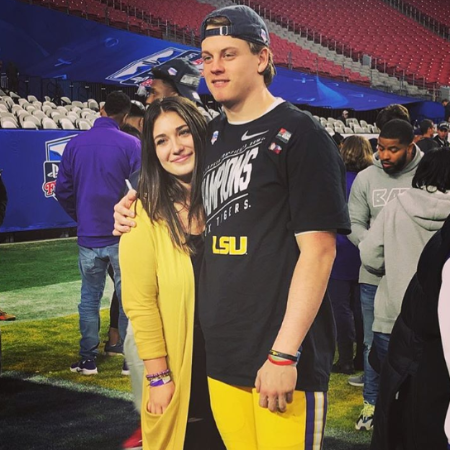 After some courtships, the lovebird started dating in August 2017. As of now, the duo is enjoying their romantic relationship without any obstacles. Her girlfriend, Olivia often attends her boyfriend Burrow matches. It seems the two are pretty much into with each other.