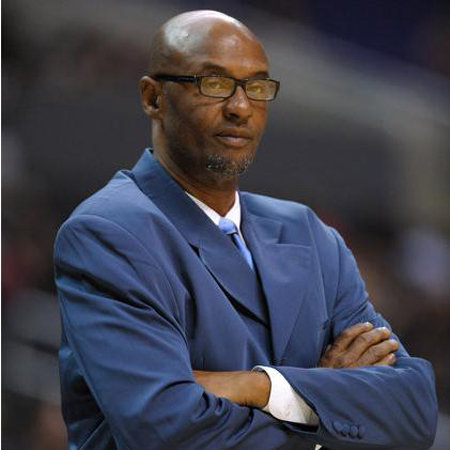 Joseph Washington ‘Jellybean’ Bryant was born on October 19 1954 in Philadelphia, Pennsylvania, the United States where he spent most of his childhood days and began playing basketball.

Joe attended the John Bartram High School in Philadelphia and then in 1973 he attended La Salle University where he played basketball. He was drafted in the first round by Golden State Warriors in 1975. In 1975 he signed to Philadelphia 76ers and played until 1979. He then went on to play for the San Diego Clippers from 1979 till 1982. He then left for Houston Rockets in 1982 and played for only a year. Houston marked his final NBA season. He then moved to Europe and played for AMG Sebastiani Rieti in Italy from 1984 to 1986. After that, he played for a year for Standa Reggio Calabria in Italy. He then moved to play for Olimpia Pistoia from 1987 till 1989. From 1989 to 1991 he played for Reggiana in Italy. In 1991 he played for FC Mulhouse Basket. Throughout his fifties, Joe played several games for Boston Frenzy of the Fledgling American Basketball Association. He finally began his coaching career in 1992 as the head coach of the woman’s varsity team at Akiba Hebrew Academy in Lower Merion, Pennsylvania. He left in 1993 and was accepted an a s sistant coach position in June 1993 at alma-mater La Salle University. Joe then began serving as the a s sistant coach to the Los Angeles Sparks team in the Woman’s National Basketball Association. While there he was named the Head Coach of the sports on 22nd August 2005. In April 2007 he was replaced as Speaks Head Coach 2007-08 season coaching the Tokyo Apache in Japan’s professional basketball league, the Japanese BJ League. He then left Topkyo Apache and signed a contract with his first Italian club, Sebastiani Riet on 3rd June 2009. After which Joe became a coach of the Bangko Cobras in the ASEAN Basketball League (ABL) in January of 2012. Joe went on to become the coach of Chang Thailand Slammers in 2013 and in 2014 to the present he is coaching Rizing Fukuoka in the Japanese BJ League.

Joe Bryant married Pamela Cox who is the sister of former NBA player Chubby Cox. The couple has two daughters named Sharia Bryant and Shaya Bryant and a son named Kobe. Kobe Bryant is a well-known NBA All-Star player who has won numerous NBA Championships and is prominent all around the world for his basketball abilities.

Joe is currently 60 years old but looks fit and fine for his age. His height is 6 feet 9 inches and his weight is around 84 kgs. Joe works really hard for his age and his net worth is estimated to e nearly 130 million dollars. Joe is a strict coach to his teams as well as to his own son Kobe.