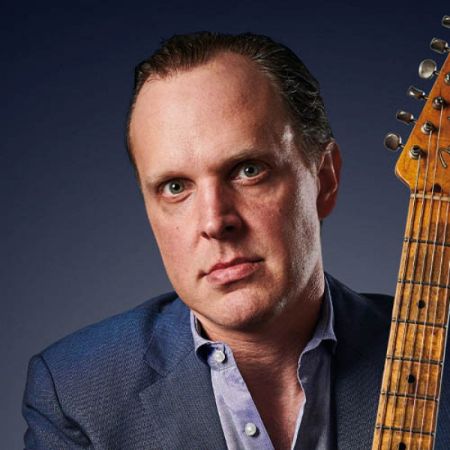 Joe Bonama s sa is a Grammy Award-nominated singer-songwriter and musician. His career began when he was 12 and opened for blues legend B.B. King. He has since released 13 studio albums, 15 video albums, 17 live albums, and 30 singles; and was a s sociated with bands like Bloodline and Black Country Communion.

How Old Is Joe Bonama s sa? What Is His Height?

Bonama s sa picked up his first guitar at age four and names musicians like Eric Clapton and Jeff Beck as his greatest inspirations.

Joe's father, a huge blues fan, inspired him to pick up his first guitar at age four. He displayed uncanny talent at playing the guitar and by age 12, Bonama s sa was the frontman of his own band, Smokin' Joe Bonama s sa. The band was a fixture of clubs around the New York and Pennsylvania area. A career highlight during his time came when his band opened for blues legend B.B. King.

His guitar virtuoso became apparent during his performance stint on The Mickey Mouse Club and was cemented when he joined the blues-rock band Bloodline with the sons of eminent musicians Sammy Hagar, Miles Davis, Robby Krieger, and Berry Oakley: Aaron Hagar, Erin Davis, Waylon Krieger, and Berry Oakley, Jr., respectively -- all before he turned 18.

He dropped his debut studio album, A New Day Yesterday, in 2000. To date, he has released 13 studio albums, 15 video albums, 17 live albums, and 30 singles. He was nominated for a Grammy Award for Best Traditional Blues Album in 2017 for his live album, "Live at the Greek Theatre".

Bonama s sa is widely considered one of the greatest and most influential guitarists of all time and has performed with music groups like the hard rock supergroup, Black Country Communion; the jazz-funk band, Rock Candy Funk Party. He has also collaborated on four albums with the blues-rock/jazz musician Beth Hart.

Joe Bonama s sa has never been married but came awfully close once when he was engaged to be married to his girlfriend, the Scottish singer-songwriter Sandi Thom.

It was not to be as Bonama s sa called off the engagement and promptly moved out of Thom's house.

At the time of this writing, the 43-year-old blues legend is reported to be single.

What Is The Net Worth Of Joe Bonama s sa?

According to celebritynetworth.com, Joe Bonama s sa is believed to have a net worth of $20 million. His eminent wealth is attributed to his career as a singer-songwriter and musician, including record sales, music tours, festivals, public and media appearances, and merchandise sales.

Joe Bonama s sa has never been married but came awfully close once when he was engaged to be married to his girlfriend, the Scottish singer-songwriter Sandi Thom.

2. How much is Joe Bonama s sa worth?

3. How many guitars does Joe Bonama s sa own?

During an interview with Guitar World, the musician revealed that he has more than 400 guitars and 400 amplifiers.