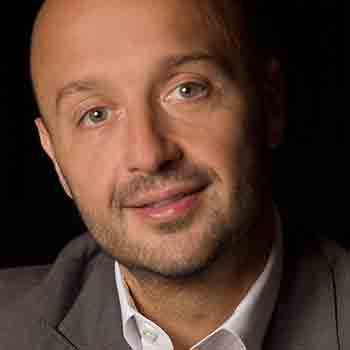 Joseph “Joe” Bastianich is well known to the viewers as the austere judge in Fox’s reality cooking show, Masterchef America, and Masterchef Italia. Apart from being a judge in Masterchef, he is an excellent restaurateur and an entrepreneur. Moreover, Joe is the owner of various restaurants around Italy, New York City, Las Vegas, California, Hong Kong and more. He was recognized as Outstanding Wine and Spirits Professional in 2005 by the James Beard Foundation and also by the Bon Appetit magazine. He has also been awarded James Beard Foundation’s Outstanding Restaurateur Award. Joe’s memoir “Restaurant Man” was released in May 2012.

Joe Bastianich was born on 17th September 1968 in Astoria, Queens, New York City, under the birth sign Virgo. He was raised working in his father Felice and mother Lidia Bastianich’s Italian restaurant “Felidia” in Manhattan.

Joe joined Fordham Preparatory School and later went on to attend Boston College getting a degree in Finance. Throughout most of his early life and childhood years, he grew up working in his parents’ Italian restaurant Felidia in Manhattan.

Bastianich belongs to American nationality and regarding her ethnicity, Joe is White American.

Joe Bastianich started his career as a restaurateur in Italy. He opened in Italy his first restaurant with his famous chef mom Lidia Bastianich. They named their restaurant „Becco“. That restaurant was a big success.

Later he went on to a partnership with fellow chef Mario Batali and opened an Italian restaurant named “Babbo Ristorante e Enoteca” that later gained three stars from The New York Times. And thus it became the first Italian restaurant to earn the prestigious award in 40 long years.

Joe appeared in Fox’s Reality show; Masterchef. He appears as one of the stringent judges and is very critical about the cooking. Joe has since then appeared on Masterchef Italia, MasterChef Junior, Lidia’s Italy and Restaurant Start-Up. Joe is the owner of three huge wineries in Italy. He founded the Bastianich winery in 1997 in Friuli-Venezia Giulia.

He owns 70 acres of land with varieties of grapes cultivated. La Mozza is the second winery that comprises 90 acres of land and is based in Maremma Tuscany. His third Winery, The Brandini Winery specializes in Dolcetto, Barbera and Barolo wines and is located in the Langhe region of Northern Italy.  He also owns a winery in the Mendoza province of Argentina with his partners.

Joe Bastianich is an American television personality, food writer, and restaurateur who has a net worth of $15 million dollars.

Bastianich and Batali received the James Beard Foundation's Outstanding Restaurateur Award in 2008. In March 2012 Bastianich and his business partner Mario Batali were sued for skimming tips from his restaurant staff. The suit was settled for more than $5 million.

In May 2016, Bastianich took his Greenwich, Connecticut house on the market for $3.5 million. It features five-bedroom. In the same year, That same year, Joe bought the mansion $7.18 million in New York City.

Apart from being an entrepreneur and a chef Joe is an ardent triathlete and competes in various races. Joe was hefty a few decades ago and once in an interview told that he had high blood pressure and cholesterol and sleep apnea as well due to which his doctor recommended him to lose 20 pounds.

Instead, Joe started walking and running to keep himself healthy and lost 60 pounds. This weight loss helped him a lot physically.  He has competed in the competition of the full Ironman in Hawaii. Joe is a passionate listener of reggae music.

Currently, Joe lives with his wife in Greenwich, Connecticut with their beautiful daughter Olivia and two sons Miles and Ethan.