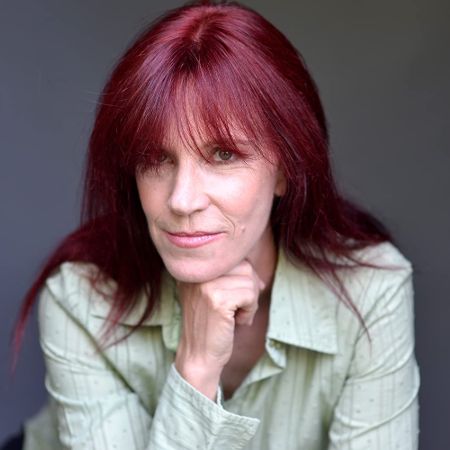 How Old is Jody Hamilton? When and Where was she Born?

Jody Hamilton was born Jody Ann Hamilton on January 18, 1967, in Los Angeles, California, the USA.  As of March 2021, she is 54 years old. The California native attended the University of the Pacific, where she earned a Bachelor of Arts degree in Entertainment Management.

Sister of Carrie and Erin Hamilton

Jody's older sister, Carrie Hamilton, was an actress, singer, and playwright who died of pneumonia at age 38. Her younger sister, Erin Hamilton, is a singer-songwriter behind the 1999 album, "One World".  From her father's first marriage (to Gloria M. Hartley), Hamilton has 8 half-siblings: Kathleen, Dana, Joseph, Jeffrey, John, Nancy, Judith, and Jennifer.

After her parents divorced, the actress c u m producer's father was married to Lee Troggio until his death in 1991, while her mother Carol is in a marital relationship with third husband Brian Miller since November 24, 2001.

Jody Hamilton is primarily a producer who got her start at her father's production house, Joe Hamilton Productions in 2001.

She went on to work as a producer at Creative Vision Group beginning in late 2005. She held the position for nearly a decade, until November 2014. During that time, Hamilton was responsible for managing all facets of production logistics like equipment contracts, tape/digital media inventory, insurance, travel and shipping, call sheets, purchase orders, and cast and crew lists.

Jody was nominated for a Primetime Emmy Award in 2002 for her work as a producer in the 2001 television special, Carol Burnett: Show Stoppers. Her other credits as a producer include Lunchtime Thomas (short, 2001), Kink (short, 2008), and Porkchop Playhouse (TV film, 2011).

Jody Hamilton has been married since September 18, 2015, to Lonny Paul. They don't have any children. Despite the fact that her family background was barely left out of the media radar, she has managed to keep her relationship details quite low-key.

Estimated to have a Net Worth of $1 Million

While official records of her wealth are yet to be disclosed, according to some sources, Jody Hamilton is believed to have a net worth of around $1 million in early 2021.