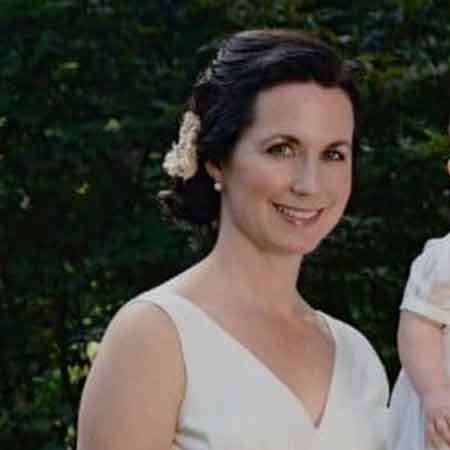 Cancer survivor Jodi Faeth is a strong, independent, and supportive wife of Mike Wolfe. Wolfe is a famous star and creator of a television show named American Pickers which premiered on 18 January 2010 on History Channel produced by A&E Television Networks.

Who Is Jodi Faeth?

Jodi Faeth was born in 1972 in the United States of America. As of 2021, she is at the age of 47.  As she prefers to keep her private life secret, information about her childhood life, parents, education hasn't been exposed to media.

Who Does Jodi Faeth Do For A Living?

Jodi Faeth is a social media manager for her husband. She is well known for being the wife of the renowned American actor, producer, and writer Mike Wolfe. He got a huge breakthrough after launching the television program named American Pickers which aired on the History Channel produced by A&E Television Networks.

The show was an instant hit making Mike the household name. Before the show, he was a professional treasure hunter who traveled across the country in search of "rusty gold".

The net worth and salary of Jodi Faeth have not been estimated yet, however, her husband earns a huge amount of money from his career as a television celebrity. He has an estimated net worth of $7 million.

He mainly earns from his show American Pickers which has managed to gain between 4 to 5 million views on his every season. Along with that, he also has many side businesses.

Jodi Faeth has been in a marital relationship with Mike Wolfe since 2012. Wolfe is a TV actor, who also became a household name by dominating the world of "picking" which is a place where a treasure is mined in old barns and dilapidated warehouses that line America's roads and streets.

The couple exchanged vows on 8 September 2012 in Leiper's Fork, Tennessee, gracing the ceremony with a theme Oh Brother, Where Art Thou?. Their then seven-month-old daughter, Carlie Faeth Wolfe also attended the wedding.

The couple's daughter was born on 30 January 2012. Both busy with their respective works somehow manage their time fulfilling their parental responsibility and are focused to provide their now nine-year-old lovely daughter with a better upbringing.

Diagnosed With The Second Stage Of Non-Hodgkin Lymphoma

In late 2013, Faeth was diagnosed with the second stage of a disease named Non-Hodgkin Lymphoma, or NHL. This is a type of cancer that begins in the white blood cells and when untreated can ultimately lead to death. Luckily, the early detection of the disease helped Faeth to undergo treatment successfully.

In May 2020, the couple celebrated six years of Jodi's cancer life. The proud husband shared the picture of his wife and daughter via Instagram.

CAPTION: Faeth who was diagnosed with the second stage of Non-Hodgkin Lymphoma, or NHL back in 2013 celebrated a cancer-free life after sis years in 2020 SOURCE: Instagram: @mikewolfeamericanpicker