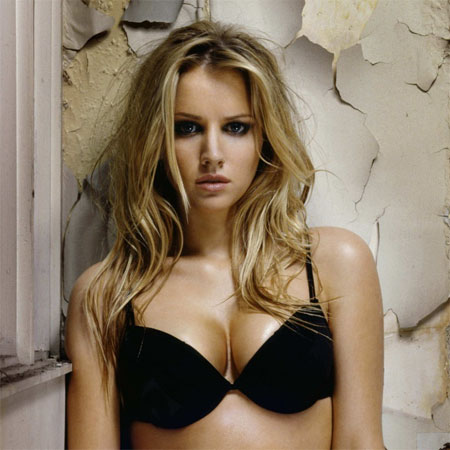 Jodi Albert is an English actress, model song-writer and singer. She is a talented and stunning beauty in the world entertainment arena. She is best known for her acting as Debbie Bean in Channel 4 soap opera Hollyoaks. She was a member of a British girl group called Girl thing that lasted for brief time giving a hit like “One Last Standing” and a member of an Irish group called Wonderland. She is the hottest and the sexiest British Star.

Born on 22 July 1983 at Chingford, London, this 30 year old star Jodi Mary Albert had attended the independent fee-paying Sylvia Young Theatre School along with Lee Ryan, Matt Willis, Billie Piper and Amy Winehouse. She began to sharpen her acting and singing skills with expression in this school. When Jodi was 10, she played the part of Young Cosette at the London’s Palace Theatre in Les Miserables. When Jodi was 14, her mum took her to the singing classes to enhance her skill learnt at theatre school.

Jodi Albert won the British Soap Award for sexiest female for the role she played in Hollyoakes. After leaving Hollyoakes, she appeared in reality television series called California dreaming, Five sitcom: Respectable, Casualty and The Inspector Lynley Mysteries for BBC and a British movie called popcorn. Besides, she has posed for several men’s magazines like Maxim and FHM. She had featured in Maxim’s “Girls of Maxim” gallery and named as FHM’s 100 sexiest women list for three times standing in number 65 in 2005.

Awesomely sexy and beautiful with body figures and postures, Jodi is not a single woman. She is a married woman. She is married to her husband Kian Egan who is one of the members of the famous boy band Westlife. They exchanged their marital vow in May 2009. The wedding had taken place in Barbados. She is a proud mother of a son too. Her son Koa was born in December 20 2011. They are living happily and and there is no any sign of divorce.

Happy in the screen and in the personal life as well, she is spending her day with her adorable son. The couple is very happy in their marital relation and often seen together going on holidays with Koa.

Jodi Albert is conscious about her looks and body shape. She does not like to diet or give up her favorite item like chocolate.  But she is conscious on her calories intakes. Thus she dances all day long and she adds up, her son Koa has been the one to reduce her calorie as well as she has to run after him as Koa is just few years old now. She loves to look simple and classy with natural look not with the spread of the cosmetics all round your face. A moisturizer, foundation and mascara are on the line when she goes for make ups. There are no certain brands on her choice when it comes to outfit. She will buy whatever she likes. Once she had spent 2500 pounds just for leather trousers from J-Etoile.

With the sexy figure and attractive face, she has many fans following all over. She is active in facebook and twitter. Her updates can be viewed in any of these social networking sites. Her sexy and hot pictures can be found everywhere in the internet sites.