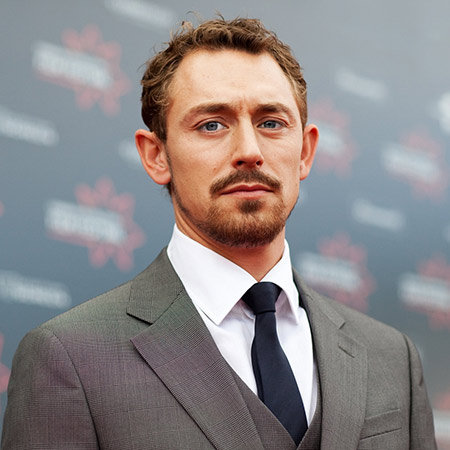 John Joseph Feild was born in 1978 in Boulder, Colorado in the United States. John and his parents moved to London when he was a baby but their parents divorced and remarried. Jon Williams, who is the editor of BBC World News is his stepfather. John attended the Fine Arts College and Webber Douglas Academy of Dramatic Art.

John Joseph has appeared in several television roles and films since 1999. In 1999, John appeared in TV series such as Heartbeat and The Bill and the following year in Reach for the Moon, Hope, and Glory and in a tv film called The Railway Children. He has also appeared in The Life and Adventures of Nicholas Nickleby, Perfect Strangers, Last Orders and Jack and the Beanstalk: The Real Story.

In 2002, John Joseph was cast in the main role as Hamish Winslow in a drama film, 'The Intended;. He starred in 'The Tulse Luper Suitcases, Part 1: The Moab Story' (2003) and its sequels as Tulse Luper. He has also starred in the ITV Agatha Christie’s Poirot series called 'Death on the Nile' where he portrayed the role of Simon Doyle. John has also made his appearance in a television crime drama series called Waking the Dead.

John Joseph has also starred in 'To the Ends of the Earth', 'The Secret Life of Mrs. Beeton', 'O Jerusalem, The Ruby in the Smoke', 'Northanger Abbey', and 'The Shadow in the North'. John also made his West End debut in 2008 through Ring Round the Moon where he portrayed the role of Hugo and the following year, John starred as the main cast in Telstar, Goal! 3: Taking on the World and Blood: The Last Vampire. John has also starred in Centurion and Third Star. During 2011, he appeared in Captain America: The First Avenger where he played the role of James Montgomery Falsworth and the same year, he starred in The Night Watch (Waters novel).

In 2013, John Joseph starred in movies like 'Austenland', 'The Musketeers' and 'Not Safe for Work'. From 2014-2016, John starred in Turn: Washington’s Spies as John Andre. This year, he starred in a British black comedy tv serial, Stag as Ledge. Next year in 2017, John Joseph’s is announced to star in The Etruscan Smile which is based on a book called La Sonrisa Etruscan written by Spanish writer and economist Jose Luis Sampedro.

John Joseph dated a British actress, Kelly Reilly from 2001 to 2002. Now he is dating a Canadian Actress, Neve Campbell, since 2011. In March 2012, the couple announced that they were expecting their first child and in August 2012 they had their first child, Caspian.