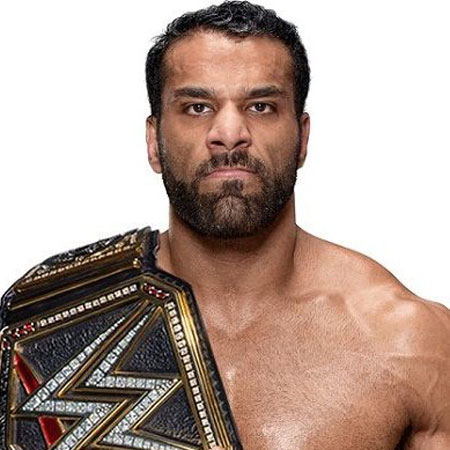 The Indo-Canadian professional wrestler, Jinder Mahal, signed to WWE and performs on the SmackDown brand. He nabbed the WWE Champion title from wrestler Randy Orton in 2017. Jinder Mahal is one of nine current SmackDown Live superstars.

Jinder Mahal was born on July 19, 1986, in Calgary, Alberta, Canada. He was raised up in a wrestling family as the nephew of Stampede Wrestling legend, Gama Sing. He wasn’t the first person in his family to become a professional wrestler as his uncle, Gadowar Singh Sahota, wrestled under the name Gama Singh in the 1980s.

Jinder belongs to Canadian nationality and ethnicity wise, he is of a mixed ethnical background.

The wrestler, Mahal has done his schooling from his hometown, Calgary. Following that, he attended the college at the University of Calgary and gained a degree in business and communications.

At a time, he also began training for wrestling in Alberta, getting his start at Premier Martial Arts Wrestling in Calgary. He was born in Canada, but Mahal being a Punjabi, he has India roots.

Jinder Mahal first came to limelight after he made his WWE debut on April 29, 2011, at SmackDown, greeting backstage fellow Indian wrestler, The Great Khali. He spent the next several months engaged in a few random feuds with superstars like Ted DiBiase, Sheamus, Randy Orton, and Ryback.

Mahal began a long storyline in 2012 and teamed up with Drew McIntyre and Heath Slater. The team was known as 3MB and their major character tended to be losing to other wrestlers.

“I think that every week we would go in and it would be an adventure when we would learn what we were going to do for the week,”

After that, he was released from his WWE contract in the year 2014 and hired back in 2016.

He was suddenly released from his WWE contract, while he was in the middle of his alliance with Drew McIntyre and Heath Slater. Surprisingly, Mahal was in dilemma about the release of the contract and expressed his melancholy about it. He stated,

“I was surprised because we were pretty well booked on everything,”

“We were on a lot of the live events, a lot of the overseas tours. We were always on Raw and Smackdown, and if we weren’t, we would do Superstars or Main Event in the week. So yeah, I was surprised.”

Jinder also said that he is still young and wants to keep wrestling. On July 2016, WWE draft announced that Jinder Mahal was returning to the WWE.

After Mahal came back to WWE, Raw General Manager, Mick Foley said to Mahal that unless he defeats Health Slater on an episode of Monday Night Raw, he wouldn’t get a WWE contract, but later ended up defeating Slater and getting signed.

In the year 2017, he was traded from Raw to SmackDown Live.

Jinder Mahal is popular for his professional career. He hasn’t shared anything about his personal life to the media. Moreover, there isn’t any rumor of him dating anyone as well as no any records of his past love affairs.

However, there was a rumor of him being married to the Great Khali’s sister, but later the news was declared fake. This made a great bond between Khali and Mahal as well as later they formed an alliance.

Jinder Mahal earned a good amount of net worth from his wrestling career that is estimated to be more than $1 million. He stands at the height of 6 feet 5 inches and his weight is 108 kg.